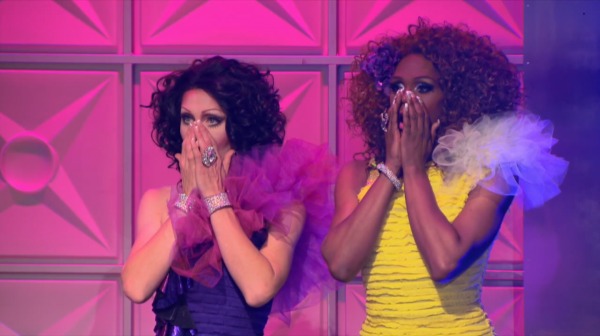 Reddit is a hotbed (some might call it a cesspool but we’re not judging) of RuPaul’s Drag Race rumors, and most of them are all in good fun — Ruspiracy theories, speculation around casting — that sort of thing.

But one fan has taken things way too far, and now the show is taking legal action.

Shortly after the premiere of All Stars season three, a Reddit account called RealityTVLeaks began posting spoilers across various social media platforms before episodes aired. Some of the posts revealed who would be sent packing; not cool. 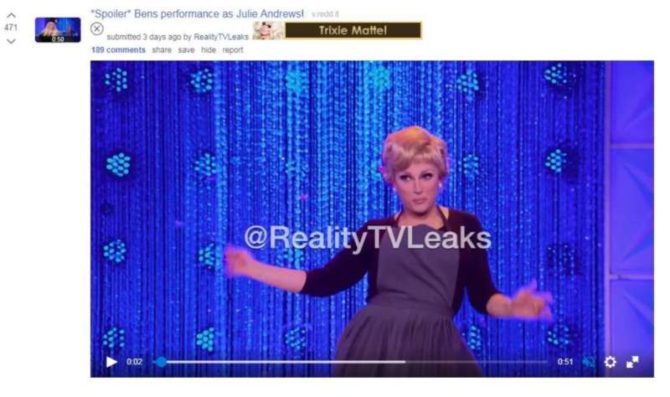 Making things extra tricky is the fact that the true identity of the leaker has yet to be discovered.

Still, producers are doing what they can to stop the leaks. So far they’ve issued takedown notices for copyright violations, but those seem to have had an adverse effect.

Rather than silencing the account, the notices have emboldened it.

In a post addressing the move, RealityTVLinks posted a Drag Race photo of an unbothered Katya along with: “Me looking at the World of Wonder staff that left me no choice but to go private because they keep reporting my posts because I Leaks their shit … mind ya business.”

Well, it actually is their business. 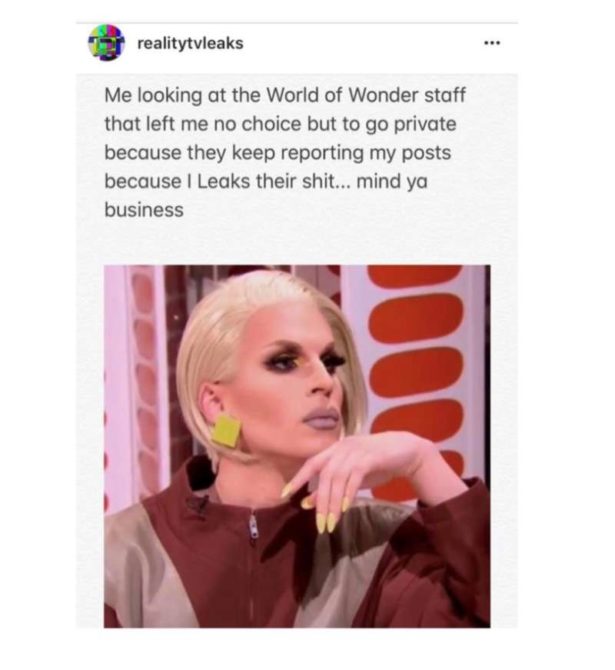 Find the full complaint below: