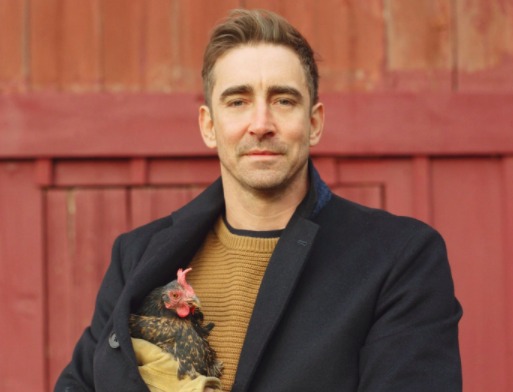 You’ve likely heard by now that actor Lee Pace came out this week in a totally awkward interview with W Magazine.

The film, TV and stage star who is part of the Broadway revival of Angels in America sat down with W where he got a bit testy with the reporter when he was asked about his sexual orientation.

Pace added that he feels it’s important for gay actors to play the gay roles in both plays, but stopped short of labeling himself. He seemed a bit flustered and surprised by the question. “I’ve dated men. I’ve dated women,” he explained. “I don’t know why anyone would care. I’m an actor and I play roles. To be honest, I don’t know what to say—I find your question intrusive.”

Not surprisingly, everyone and their mom had an opinion about the way Pace handled the question.

Some folks sided with him and his request for privacy:

I legit don't care if this is weird on his part, I just want to wrap Lee Pace in bubble wrap and soft blankets and protect him from all too-personal questions and bring him hot chocolate. https://t.co/6HZKtaxX0E

Others were genuinely confused by the news:

And then there were those who felt the need to correct him:

what lee pace could have said: i'm bisexual. i'm pansexual. i'm queer. sexuality is more fluid. i identify as gay but i have had relationships with women in the past.
what he did say: how dare you ask me about my own sexuality right after i said gay actors should play gay roles

Check out some of the other responses people have had…

As the Lee Pace Discourse ™ commences I'd like to remind you all that bisexuality, pansexuality & sexual fluidity are real whether you like it or not & that if someone has not yet found an identifier that works for them you need to back up & let them figure it out. https://t.co/yFssWHoiVV

@TheAdvocateMag @leepace I don't see how ANYONE'S sexuality is any of anyone's business, public figure or no. Mr. Pace has good reason to find it intrusive & harassing. It has ZERO impact on him as a person & actor. Respect his right to privacy as you would your OWN. #notyourbiz

This! @leepace has the best attitude about our morbid penchant to continuously box ourselves into boxed labels like a bug display. Plus, it IS intrusive. If someone doesn't offer the info don't ask! https://t.co/UwYow1cnX8

My lust for Lee Pace is unabating. Despite my best efforts, today's headlines have merely exacerbated the situation. Please respect my privacy at this time.

Lee Pace is my favorite actor on the planet. It’s not fair to ask someone who isn’t “out” to label their sexuality. Forcing someone to come out before they’re ready is never okay, and at the end of the day it was a VERY intrusive question. https://t.co/vqCsZqL8Sl

Lee Pace is bored by your questions. I stan.