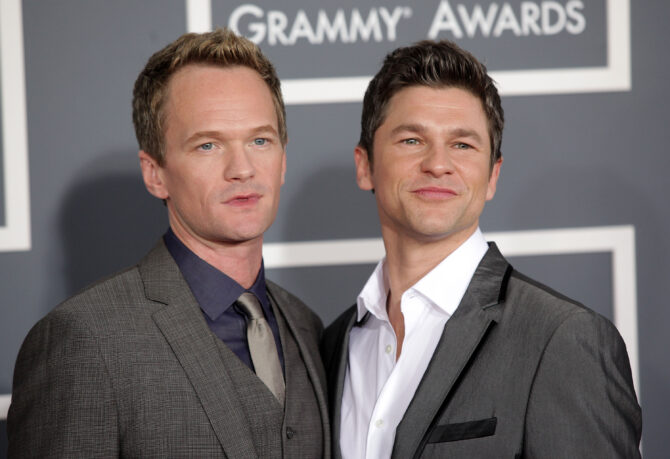 Hollywood is pretty gay, and so are many celebrities and actors who grace our screens and hearts. But sometimes, keeping up with who’s out and proud can be a little tedious. Luckily, Queerty lives to support gay celebrities.

Before we begin, please note that we’re using “gay” as a catchall, including queer individuals across the spectrum. Now that’s settled, here’s our list of prominent gay actors in Hollywood and their coming-out stories.

Bazinga! Jim Parsons’ rise to fame is hitched on this single word, the catchphrase of The Big Bang Theory’s Sheldon Cooper. Unfortunately, the show’s success stopped him from coming out as gay until much later.

In an interview, he talked about how he “was scared” it would impact the show, and understandably so. Hollywood (and society in general) in 2007 was not as accepting as it is today.

Luckily, Jim Parsons started to feel more at ease with his sexuality as time passed. Since then, he has proudly stated that his sexuality had no impact on his career, and he’s now married to his longtime love, Todd Spiewak. 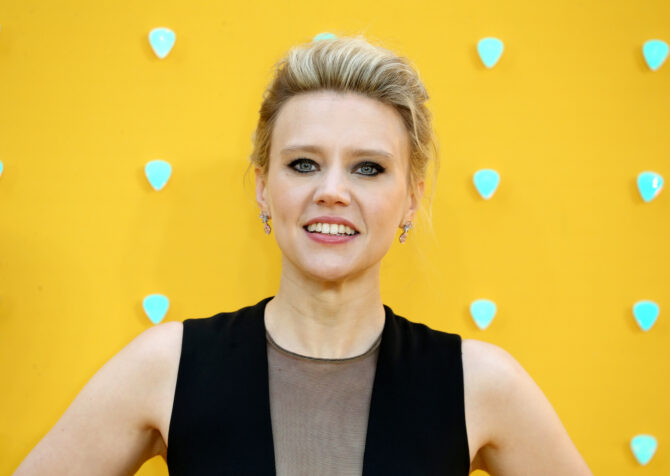 You may know Kate McKinnon from female-led Ghostbusters (2016) or TV’s Saturday Night Live, and she’s undeniably entertaining in both productions. But on top of being a staple funny woman, she’s an out and proud lesbian.

In a Golden Globes speech, she credited Ellen Degeneres for making her feel “less scared about being a lesbian,” which is precisely why proper gay representation in moves and television matters so much.

Victor Garber is a powerhouse, having been nominated for (and winning) dozens of awards for work on screen and stage.

In 2013, Victor quietly confirmed that he was gay, which was already an open secret. Garber also revealed that his longtime “companion”, Rainer Andreesen, was actually his partner. They married in 2015. Today, he remains to be one of the most prolific old gay actors. 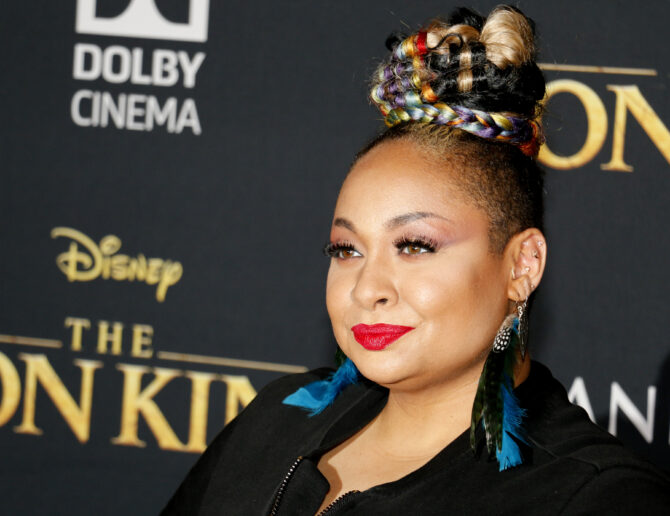 Raven-Symoné is one of the most recognizable former child stars in Hollywood, with her body of work including the legendary The Cosby Show and Disney’s That’s So Raven. In an interview, Raven talked about knowing about her sexuality since she was 12 but didn’t consider coming out at the time.

If you do the math, it took her 25 years to come out as a lesbian and live her truth. Today, she continues to trample ideas of what a woman “should” look or be like, and that’s why she’s one of the most prominent gay black actors in Hollywood.

Sarah Paulson is a compelling figure in Hollywood because of her old-world charm and penchant for taking on projects that aren’t afraid to challenge and terrify viewers. This is similar to the way she deals with questions regarding her sexuality. For example, she refuses to be labeled as “a lesbian” or “gay” because she feels that people shouldn’t be defined by to whom they’re attracted.

Moreover, she’s also a staunch supporter of the LGBTQ+ community and won’t balk at the chance to tell a specific high-profile author to “shut up” over transphobic comments. Sarah Paulson is also known for breaking age-related barriers within the gay community and has been with her partner, Holland Taylor, since 2015. 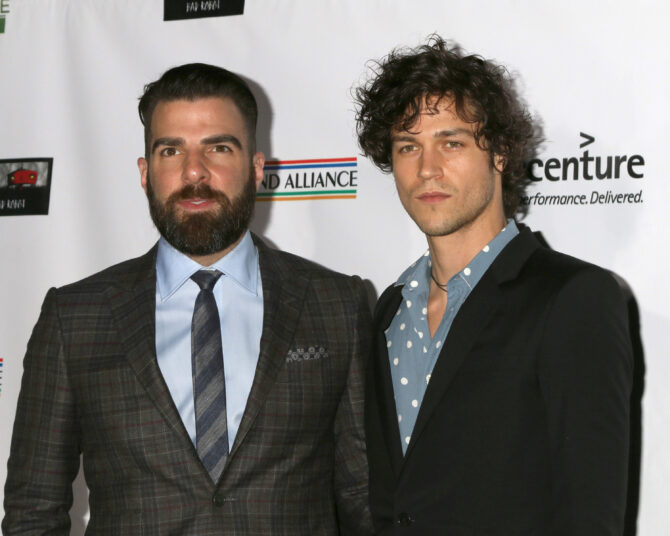 If you were a fan of 2006’s Heroes, then you’ll remember Zachary Quinto as Sylar. If you weren’t, you’d undeniably recognize him from the modern Star Trek films as Spock. But Quinto is nothing like the stoic half-alien commander, and his coming-out story is accompanied by a heartfelt reflection on living authentically.

In 2011, he said this following the suicide of young gay rights activist Jamey Rodemeyer: “Living a gay life without publicly acknowledging it is simply not enough to make any significant contribution to the immense work that lies ahead on the road to complete equality.”

Neil Patrick Harris (NPH to longtime fans) is known for two significant projects: How I Met Your Mother and Doogie Howser, MD. He’s also made appearances on TV shows like American Idol and RuPaul’s Drag Race, which is a testament to his undeniable star power.

On top of being an on-screen chameleon, NPH was one of the first openly gay leading men to conquer Hollywood. After coming out in 2006, he continued to play suit-wearing womanizer Barney Stinson. Despite his on-screen playboy persona, NPH settled down in 2014 with his husband, David Burtka. 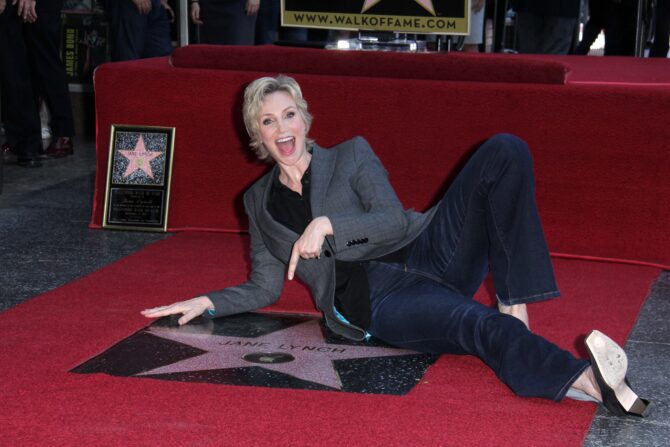 Jane Lynch is a living legend – her acting chops have been honed and refined through the fires of daytime sitcoms and films. Unlike other people on this list, Jane Lynch doesn’t have a coming-out story, but that doesn’t make her any less part of the LGBTQ+ community.

In 2015, she talked about how she didn’t feel the need to come out, yet everyone knew she was openly gay. She thanks Ellen Degeneres, Melissa Etheridge, and Rosie O’Donnell for paving the path she “simply walked down”.

Jesse Tyler Ferguson is best known as Mitchell on Modern Family. The show is filled to the brim with hilarious and relatable moments that sometimes feel too real to be fiction – and the same can be said about Jesse’s coming-out story. 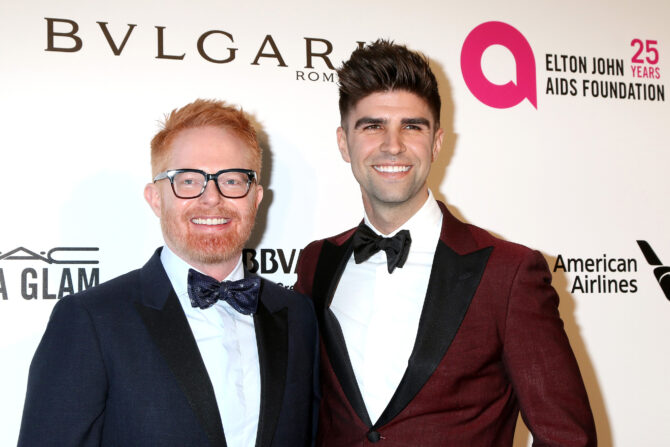 More than ever, celebrities and actors are coming out and living their authentic lives. From child stars to Broadway-turned-film actors, each has unique coming-out stories and points of view on being a gay person in the limelight.

But why does this even matter? The answer is that having famous gay actors share their personal experiences helps plenty of young queer and questioning kids find their way.

That said, it can be pretty tricky to stay wholly attuned to the goings-on of Hollywood chatter. If you want to keep up with the latest news on gay celebrities and icons, keep reading Queerty.

RELATED: What Was The First Time You Saw Anything Gay In Popular Media?