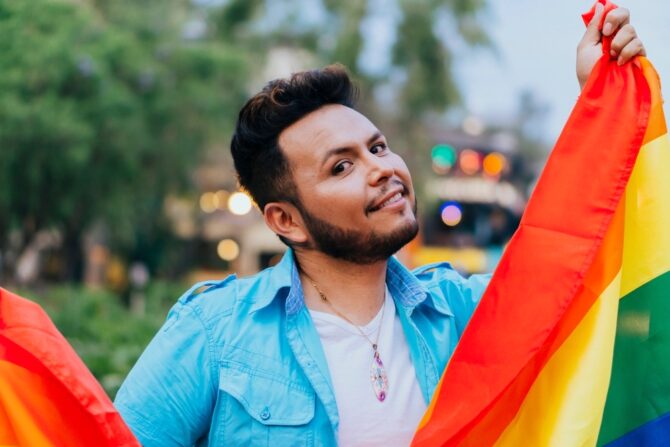 Eight words were all it took to kick off a lively Reddit conversation in the r/AskGayMen forum. That prompt: “What are the main advantages of being gay?”

As you might expect, some users in the thread took a hard turn toward misogyny. (You might be surprised by the number of “Ew, women, boo, hiss!” comments.) Other commenters, meanwhile, failed to take our trans brethren into account—posting, for example, unqualified “no risk of unexpected pregnancy” comments.

But there were many well-articulated, thought-provoking additions to the thread, many of which we’ve included below (after retouching them for readability, of course).

“Largely being exempt from stereotypical gender roles. Straight men are under a lot of pressure to do/not do/like/not like certain things because ‘that’s what men do.’ Gay men get to mostly opt out of that. It’s easier for us to choose stereotypically feminine jobs and hobbies if we want, and to be more in tune with our emotions.”

“If you are a man, you are somehow obligated to get a beautiful girlfriend, marry her, have a bunch of kids, have a great job, earn a lot of money, buy a house, etc. Overall, a lot of demands from a family and society on men shoulders. When you are gay, most of them disappear. You are free to do whatever you want.”

“I feel like there’s lower family pressure to settle down and have kids. It’s a little higher now that we have marriage equality where I live, but it still feels like people are more ok with you not getting hitched and having kids by a certain age.”

Related: What are the unspoken rules of being a gay guy?

“As a cis gay man in the U.S., the only thing I’m qualified to speak on: 1. Knowing I was different gave me a growth experience in figuring out who I was. 2. That in turn gave me a better opportunity to envision a different and, in my opinion, better life. 3. Very unlikely to have unplanned children, which are a major cause of dropping out of school and multigenerational poverty. 4. Being free of assumptions of gender roles in relationships. 5. Getting along better with my spouse than 99% of hetero couples I see, because, to be honest, they don’t seem to like each other very much. 6. Having to come out as an ongoing process is character-building. 7. Feeling connected in any way to a heritage of amazing, creative, brave, and inspiring men. 8. Sharing some clothes with my spouse.”

“My favorite part is wherever you travel, gays exist, and there is an automatic sense of kinship and safety there. Even if it’s not publicly apparent in today’s very divided society, gay men (and the LGBT community) look out for each other. The gay mafia is a real thing.”

“You get to have sex with men.”

“The quality and quantity of sex.”

“Prostate stimulation.” (Though, as another commenter pointed out, “this ain’t only for gay men.”)

“Gotta be the d*cks. Amirite?”

“Not being afraid of going to hell since we’re ‘allegedly’ already condemned.”

“The power to summon natural disasters and tear apart the fabric of society simply by existing.”