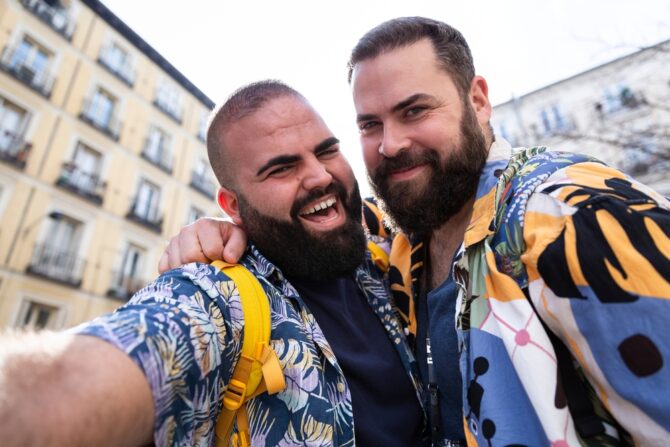 There’s no user manual to being gay, so until some enterprising dude publishes one, all we can do is heed advice from others in our community.

To that end, hundreds of Reddit users commenters shared words of wisdom after one person asked for the “unspoken rules that every gay guy should know.”

Here are some of their responses, edited for brevity and readability… and judiciously censored for mixed audiences!

“Communicate, and don’t assume that you are on the same page or that anything should be considered ‘common sense’ and doesn’t need to be addressed.”

“When a straight guy is being nice to you, it doesn’t automatically mean he wants to have sex with you. ”

“Just because he’s screwing you doesn’t mean he loves you.”

“Don’t even begin to crush on someone unless you know for a fact that you have a chance. … This will save you a lot of heartbreak.”

“If you only make friends with potential sexual partners, you will miss out on many amazing relationships.”

“It’s not a compliment when someone says, ‘You don’t look gay,’ and you should never take it as one.”

“If you cheat, be prepared to be hated for not just months but for decades.”

“Sh*t happens. Just get comfortable with it.”

“When relating to older gays, remember that’s going to be you sooner than you think.”

“Don’t bang your coworkers or boss.”

“If you see someone on Grindr, you don’t mention [in public settings] that you saw them on Grindr. Ever.”

Related: What makes an effective Grindr profile? These guys say…

“This is not gay specific, but consent. Not just regarding intercourse itself, but also every other specific, non-vanilla action. Disclose kinks beforehand.”

“Openly ask your man what gets him off. You’ll be surprised.”

“D*cks come in various shapes and sizes, and they can all be amazing. Don’t obsess about the size as the only thing that is important.”

“Just ‘cause we’re all gay doesn’t mean we want to f*ck you.”

“Do not out anyone. Always keep a condom on your person. If a guy says no, don’t touch his d*ck. Ask first before you send a d*ck pic.”

“Do not out anyone, and that applies to HIV status, also.”

“World domination meetings for the Gay Agenda is on Thursdays.”