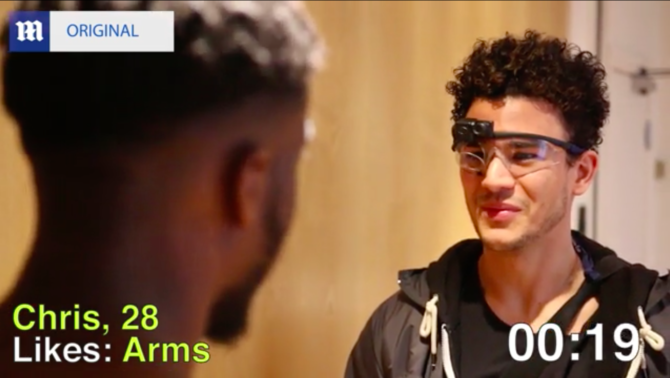 Five gay guys participated in a study to see how long they could maintain eye contact with a super hot, near-naked male underwear model before their gazes began to wander to other parts of the man’s body.

The experiment was conduced by the Daily Mail. 25-year-old Ade Adeniyi was the model chosen for the experiment.

It took one of the men just two seconds before his gaze moved from Ade’s eyes to his oh-so-luscious lips. Another guy lasted just three seconds before his focus lasered in on Ade’s chest. And a third man couldn’t seem to decide where to look…at Ade’s butt or at his chest?

Related: Italian model Andrea Denver is going to be huge

A fourth gentleman kept could not stop staring at Ade’s bulging biceps. And the fifth man, who was the most restrained of the bunch, went a whole eight seconds before he start sizing up Ade’s entire body.

Interestingly, none of the five men tried sneaking a peek at Ade’s crotch.

When asked about the experience afterwards, one of the men said, “It was a bit of a bizarre experience. He was attractive. But it’s different for me because I’m in a relationship, so I found it awkward to look. My eyes rarely wander.” 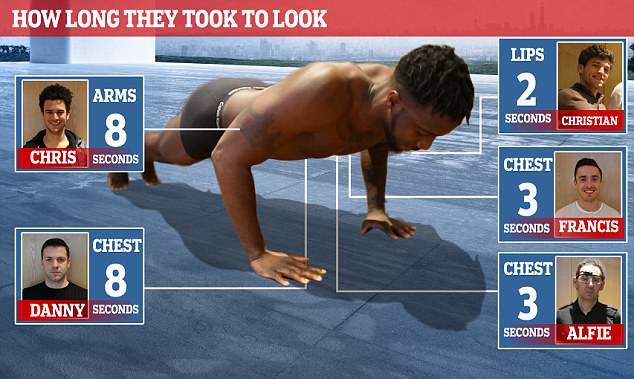 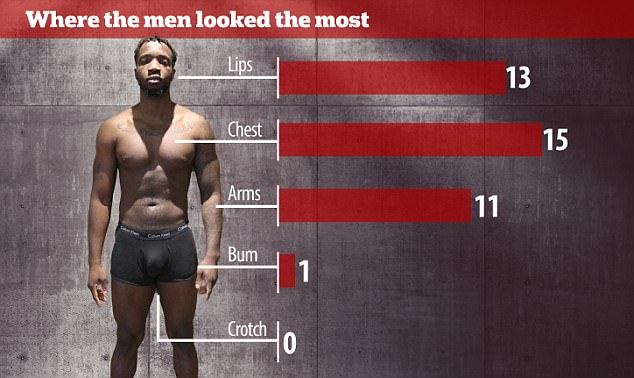 Go HERE to see the video from the experiment.