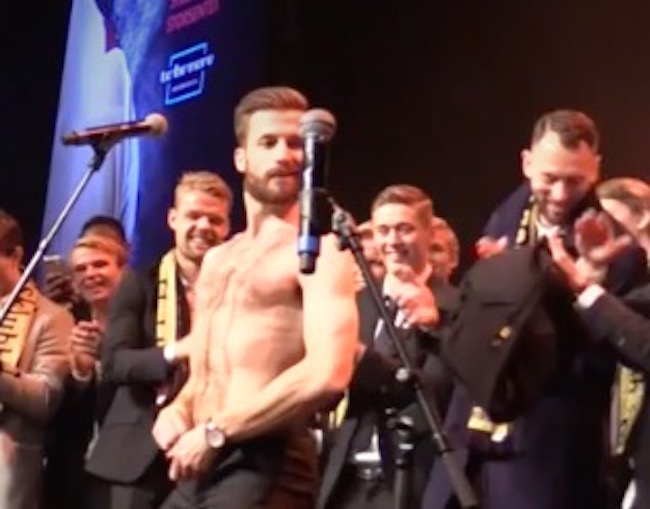 Little known fact: If you’re a footballer and decide to strip down and insert your penis inside a trophy, not everyone is going to be pleased with you.

Defender Aleksander Melgalvis Andreassen learned this — for lack of a better term — the hard way.

On Sunday, Lillestrøm SK celebrated a 3-2 win against Sarpsborg 08, which meant the team won the Norwegian FA Cup for the first time in a decade.

During Monday evening’s trophy parade, Melgalvis took the partying to a whole new level by stripping onstage and inserting his penis into a trophy, as one does.

A hastily written statement was released shortly after the ceremony, in which the 28-year-old athlete expressed some sort of emotion that’s nowhere near regret.

“I’ve come a long way to play in a cup final,” he tell the Dagbladet. “Of course I can understand that [people thought] it was a bit over the top. I’ll admit that and apologize, but it is not something I regret.”

For the record, we aren’t angry or upset about any of this.

“Winning the cup is a big thing and obviously it should be celebrated,” huffed Norwegian FA communications director Yngve Haavik.

“I am sure it wasn’t intentional from Melgalvis but it came out the wrong way regardless. I think Melgalvis and Lillestrøm agree with that.”

Watch the show at Gay Times — if you think you’re made of the right stuff and can handle it.