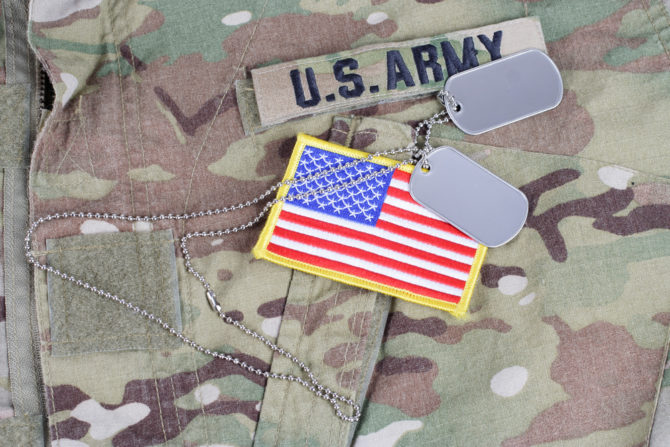 What it like to swap brojobs with a curious young marine? You’re about to find out.

“When I served, ‘Don’t Ask Don’t Tell’ was still a few years off so there weren’t even minimum protections in place,” he recalls in a new essay published by Gay Pop Buzz. “That said, I did hook up with several guys during my time enlisted.”

He continues, “To be completely honest, several of them were gay, just like me. But not all of them were. Instead, I suspect most were likely curious, probably leaning more towards the straight side of the spectrum.”

Related: He Hooked Up With His Straight BFF, Now He’s Not Sure What To Do

Nathan says the straight-identifying guys tended to be “a lot less guarded” and “much more adventurous” than the gay ones.

“The way it happened was a lot less random than some might think,” he explains. “That’s because hooking up with a curious guy in the Marines means having a relationship (friendship) in place for a good while before anything can happen.”

Nathan recalls a guy named Brett, who was a few years older than him. Brett was married with a kid.

“Both of us had similar interests and backgrounds. The difference was I was gay and lying about it. For his part, he didn’t need to fib because he had a real wife and kid. While both of us were deployed during Operation Desert Shield, we found ourselves regularly hooking up.”

The hookups aways happened when they were alone in the back of an enclosed MTVR tanker.

“We were assigned guard duty for munitions,” he recalls. “It was always just the two of us back there … Some of those ‘missions’ were two hours long with absolutely nothing to do.”

So they passed the time by talking. About anything and everything really. Then one time, on a “scorching hot morning” along a bumpy road in Iraq, Brett brought up oral sex.

“He shared with me that his wife ‘sucked’ at sucking d*ck and mentioned something about her not really being good at it,” Nathan recalls.

Then Brett asked, “Have you ever wondered what it’s like for them?”

Related: Straight Guys Are Giving “Bro-Jobs” And Hooking Up On The DL Using New App

It took a moment for what he said to register. I think I might have responded with something like, “Yeah, I guess” or some sh*t like that.

And that’s how it started.

An ongoing sexual relationship ensued, Nathan says, but “there was never any kissing.”

“I think had we done it, the lip action would have made it ‘gay,'” he says. “Sounds crazy, doesn’t it? I’m just telling you like it is. Maybe that’s the norm for brojob situations, who knows.”

A few weeks later, the guys were given new assignments and their bromance ended. Nathan says he hooked up with three or four other guys after that, but Brett will always be his special “truck companion.”

“Brett and I never talked about what we did. And there wasn’t any awkwardness when we would see one another. Not even a little,” Nathan writes.

Since then, they’ve pretty much fallen out of touch.

“He’s in a Facebook group I belong too but there are lots of us in there and it’s just not something that comes up. I’m also not going to message him and say, ‘Hey, do you remember when…’.”

Looking back, Nathan, who is now happily married to a man, believes Brett is straight, despite their many hookups in the back of that MTVR tanker.

“I think sexuality is a lot more complicated that black and white,” he writes. “What I have seen of him online, he’s looks to have fully integrated back into civilian, family life.”