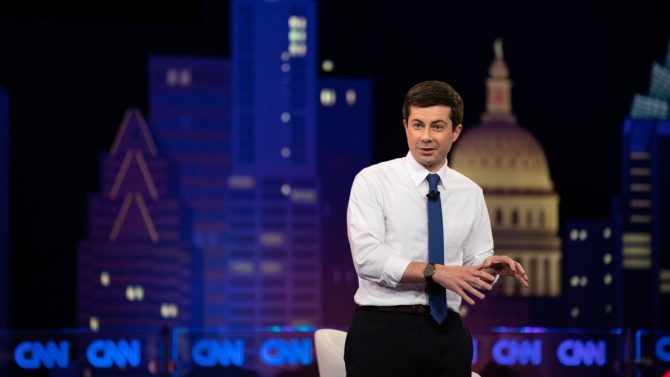 37-year-old Buttigieg had some pretty harsh words for Pence during a town hall meeting held by CNN Sunday evening.

Pence has long said he maintains strong, fundamentalist Christian faith as part of his political appeal. The former Indiana governor also has a long history of anti-queer positions and rhetoric, including support for conversion therapy.

Buttigieg questioned Pence’s devotion to Christian teachings in light of his support for Donald Trump, who many believe may be the antichrist.

“How could he get on board with this president?” Buttigieg asked.

“His interpretation of scripture is pretty different than mine to begin with. My understanding of scripture is that it’s about protecting the stranger and the prisoner and the poor person and that idea. That’s what I get in the gospel when I’m at church and his has a lot more to do with sexuality.”

Buttigieg announced his bid for the White House in January. Prior to beginning his mayoral career in 2012, he studied at Harvard and Oxford eventually graduating with a degree in political science.

He also served as a Naval intelligence officer, and spent seven months on deployment in Afghanistan.

In 2018, he married longtime boyfriend Chasten Glazman. If elected in 2020, he will be the first out-gay major party nomination to the Presidency and the first openly gay president.