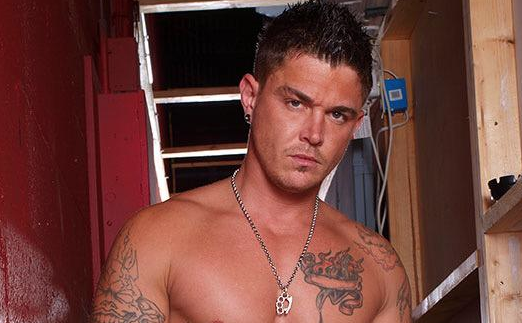 Joshua Noles, aka Sebastian Young, the long-time gay adult film performer and convicted sex offender, was shot dead by police on Wednesday following a high-speed car chase south of Jacksonville, Florida. Noles, who was armed, eventually crashed his car into a parked, empty school bus, resulting in a shootout with police that took his life. He was 37 years old.

According to the St. John’s County Sheriff’s office, and reported by adult blog SUGP (link work un-friendly, but you’re probably working from home today anyway), Noles kicked off the pursuit when he failed to stop during a traffic infraction.

Related: Gay-For-Payer Sebastian Young Reminds Us Why We Should Never Threaten The Lives Of Federal Detetives

Instead, he led officers on a high-speed chase that included driving into oncoming traffic, bursting through fences onto private property and driving across residents’ yards. After he finally crashed into the bus, he fled his car with a handgun and started firing at officers. He was pronounced dead at the scene.

Luckily, no one else was injured during the dangerous event.

Noles worked for several gay adult studios over the years, though his career came to a definitive halt after his last stint in prison, when studios refused to hire him back.

That could have something to do with the fact that he spent two years in prison for assaulting an elderly person over the age of 65, or his nearly dozen arrests involving sex offenses and drug, DUI, burglary, domestic abuse and traffic charges.