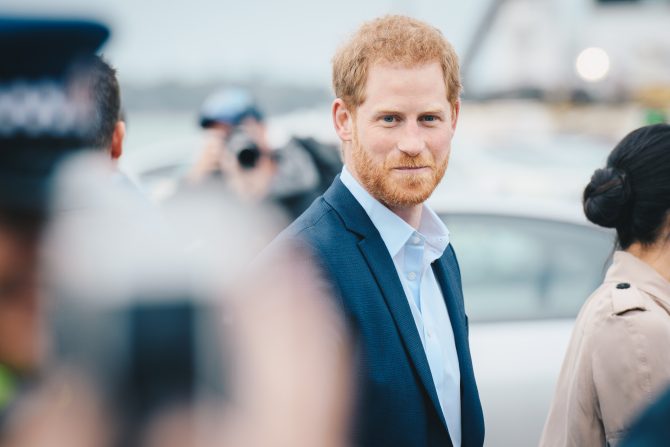 Prince Harry and Duchess Meghan are fielding criticism over their recent decision to “step back” from their roles as senior members of the British royal family, but a former British Army soldier is reminding the public of Harry’s character, describing how the 35-year-old protected him from homophobic abuse.

James Wharton, who previously made headlines as the first openly gay serviceman to cover Soldier magazine, told Forces News that the Duke of Sussex helped him ward off bullies while serving as Wharton’s tank commander in 2008.

“I’d got myself into a bit of a situation with some soldiers from another regiment, and, essentially, they didn’t like the fact I was gay,” Wharton recalled. “They were sort-of chest poking me and making me feel quite uncomfortable. I got into my tank where Prince Harry was doing something, and he could see that I was clearly affected by something, and he asked me what the problem was. I told him that there were a couple of soldiers outside who weren’t very happy with the fact I was gay.”

“Quite offended that his gunner was being picked on by these people, Prince Harry went out and saw these soldiers and spoke to them, and the problem went away. He told them off, and they left me alone.”

Wharton added that Harry is a “very smart, intelligent man” who was a “good,” “well-liked” officer. “He knew how to do his job, he was skilled, he took the time to know his people, he wasn’t afraid to get himself involved with things that were going on,” he explained.

He also believes Harry will thrive away from the British monarchy. “He’s got a family to look after,” he said. “I know that he’s protective of people he cares about, so I think he will be OK. I have no doubt that whatever he goes off to do, whether it be or public or private, he will be successful.”