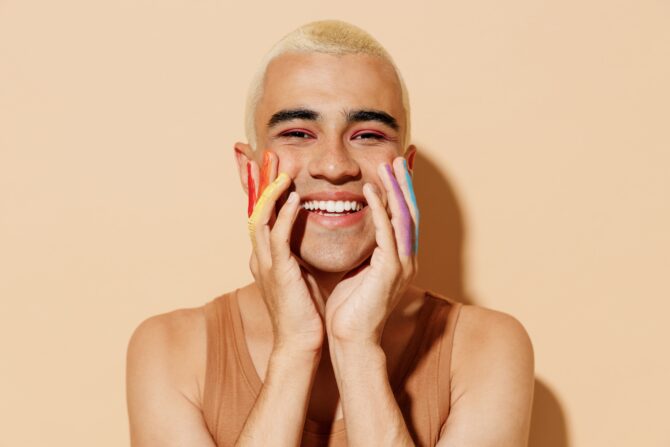 “Straight-acting” — those two little words that represent a complicated social order of how a man is or isn’t supposed to present to the world.

Is it time to retire “straight acting” to describe queer people whose personalities and overall demeanor seem to have more in common with how non-queer people behave?

With everything we know about the wide and wondrous spectrums of gender and sexuality, what does “straight acting” — a term that implies stereotypical and outdated attributes of masculinity — even mean?

Turns out we’re not the only ones wondering. A gay, Reddit user recently wrote about his thoughts around the term, and similarly frustrated comments soon started flowing in.

“I don’t act ‘straight’ I act like myself and im not ashamed of being gay,” wrote the OP. “I was into My Little Pony Friendship Is Magic in it’s hey day for crying out loud am also a weeb and love cute shit. Just because I don’t like typical gay culture stuff doesn’t make me lesser then other gay guys.I don’t have to speak and act a certain way for you and I won’t.

“‘Straight Acting’ needs to be abolished, they concluded, “and guys who use it unironically need to be kicked in the nuts.”

“It’s a stupid term,” agreed one commenter, “because it:

“Implies that it’s an act, like you’re putting on a performance;

Another shared similar ideas, writing, “I hate it.

“It’s more or less the same as saying you are straight but hooking up with men. You aren’t. And there is no ‘straight acting’ either. I’ve seen straight men that like to dress up, that like make up, that wear pink, that like flowers and ‘girly’ stuff.

“There are no gender roles as much as there are no orientation roles or act/bottom roles. Everyone is [a] person and everyone likes and does different stuff. What we see as ‘the norm’ is so fleeting that it doesn’t make sense to try and explain it using stereotypical boxes…

“Liking make up doesn’t make you any more or less straight. The only straight act is to look for the opposite gender for sex stuff.”