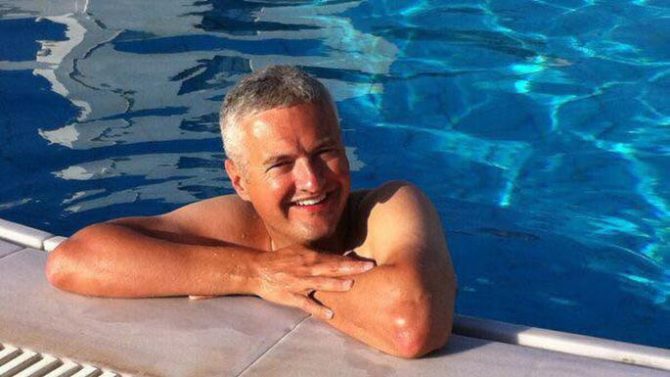 In real life, Steve Bustin is a happily married gay man from Brighton who works as a public speaker and author. But online, he has nearly half a dozen other identities, and countless women fawning over him.

Bustin first discovered his photos were being used to catfish ladies on various social media and dating websites back in 2016 after a woman from Berlin reached out to him on Facebook.

The woman explained that whoever had stolen his photos was calling himself Sebastian and claimed to be a British man working in Thailand. The two exchanged several messages, and the woman said she had become quite charmed by him, until he started asking her for money. That’s when she got suspicious.

Soon, more and more women began contacting Bustin. He quickly learned that he had several online identities. On Zoosk, he was Martin, a handsome, silver-haired 58-year-old Danish-American widower. On Elite Singles, he was Christian, also Danish-American but divorced. And on Facebook, he was Sebastian, a 50-year-old divorcé.

Bustin tells The Sunday Times that he’s going public with his story in an effort to “devalue” his photos and hopefully put an end to this scammer, whoever he (or she) is.

“Someone has been harvesting images of me from all over the web,” he says.

Meanwhile, one of the women who fell for the catfishing scam says she feels like a “total idiot.”

The 60-year-old widow says chatting with Bustin, er, Christian was her first attempt at getting back into the dating game after her husband died three years ago.

“I thought I’d found my Prince Charming,” she says. “I was really taken in. He used to seem so kind. He’d send me music and say: “Do you like the song? Do you like dancing?” I feel like a total idiot.”

As a result of everything, Bustin says he’s changed the privacy settings on his social media pages, although his job at a public speaker makes it challenging.