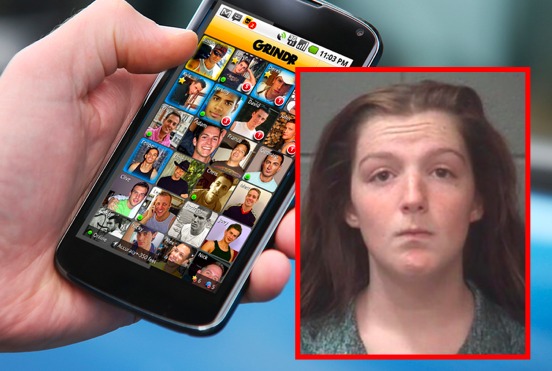 A high school student from North Carolina accused of “catfishing” her teacher on Grindr and then sharing his nude photos with classmates has been found not guilty.

According to the Onslow County Sheriff’s Office, 16-year-old Brittney Renee Luckenbaugh and her friend, Brian Joshua Anderson, obtained the teacher’s picture after misrepresenting themselves on Grindr.

Luckenbaugh created a fake profile pretending to be a 19-year-old man. Then she looked for her French teacher on Grindr. Upon discovering him, she struck up a conversation. The chatted a bit before moving over the Snapchat.

After getting the teacher to send her three naughty photos of himself, Luckenbaugh forwarded the images to Anderson, who then shared it with five other students.

As a result, the teacher was suspended without pay then reassigned to another school where, he says, “the only way to communicate with a student was through a camera.”

During testimony, he called the entire situation “very distressing.”

To add insult to injury, the teacher was then forced defend his use of the app to the court.

Lawyer Matt Silva, who represented Luckenbaugh, said the state couldn’t prove she intended to humiliate her teacher. He also argued that the man didn’t have a right to privacy after sending images to a stranger.

In the end, the judge sided with Luckenbaugh, who broke down sobbing on her mother’s shoulder after hearing the not guilty verdict.

Afterwards, Silva told media, “There are no winners in this situation. My client did not intend to have those pictures circulated around the school and we hope everyone can move on past this horrible situation.”

Related: Confessions Of Catfish Bait: What It’s Like To Have Your Selfie Used As Someone Else’s Profile Pic