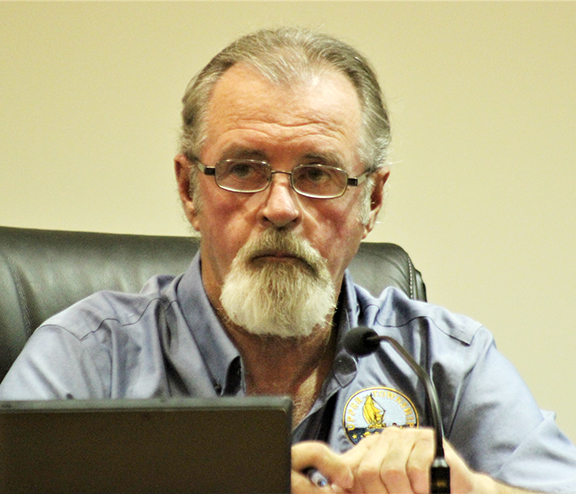 Hobart “Hobie” Young is, er, was a member of the Upper Township Committee in Cape May County, New Jersey. That is before he resigned after posting several photoshopped images to Facebook of Kamala Harris in sexually suggestive poses.

Young shared the altered photos on October 19, only a few days after he attended a pro-Trump parade where participants flew the Confederate flag. A backlash ensued and not long after that, he emailed his resignation to municipal clerk Barbara Young, who is no relation.

After making the contradictory statement, Young then launched into a tangent about how he’s been “bullied by people outside the town, and bullied by people inside,” because of his social media posts before calling his former colleagues a bunch of “lying a**holes.”

Before signing off the call, Young threatened to unleash his “legal team” and sue to get back the job he voluntarily quit.

The township committee says it plans to continue with the process of filling Young’s seat.