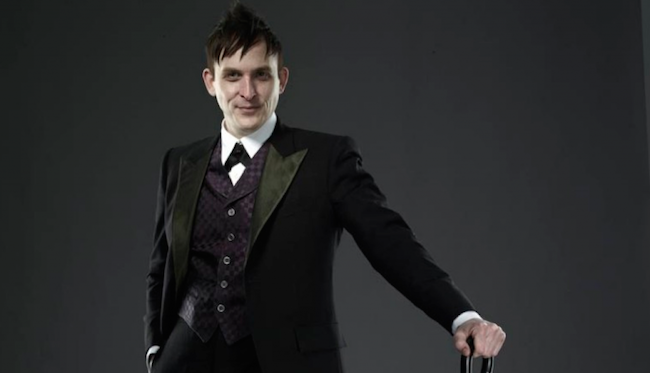 Robin Lord Taylor, the openly gay actor who plays Oswald Cobblepot on Fox’s Batman-themed melodrama Gotham, recently put in his two cents regarding the viewers who criticized the fact that his character’s love interest is another man.

In short, he thinks the reactions are “homophobic.”

While speaking at a press conference in March, Taylor told Collider that he’s annoyed some people think the gay subplot is insignificant since it never previously existed in any of the DC comics.

Related: BD Wong On His Strange Role On Fox’s ‘Gotham’ And The Homoerotic Appeal Of Batman And Robin

“But, you know, when we introduce a queer storyline: ‘Eh, we love you and we love the show, but this really bothers me because you’re really messing with the character’s origins.’ And I’m like, ‘You’re homophobic, that’s homophobic.”

In season 3, Cobblepot professes his love to Edward Nygma, but those feelings aren’t reciprocated. (Nygma is instead interested in a woman named Isabella.)

“I have to say the fact that we introduced a queer element to a traditional villain storyline, something that’s been around for a very long time, I thought that was very brave and I thought that, even though it’s not the traditionally trajectory that things tend to go, I thought that really what we brought to it, both Cory and I, was a place of emotional honesty and the fact that that was treated and was embraced by both Warner Bros. and Fox I think is something that should be applauded.”

This all echoes the sentiment he expressed at Rhode Island Comic Con:

“I have to say, that that’s a bunch of horsesh*t. You can’t say that to me if you also didn’t have the same amount of consternation about Batman No. 89 where the Joker killed Batman’s parents. That is a total departure from the canon’s characters.”

You can watch a video of the segment below: