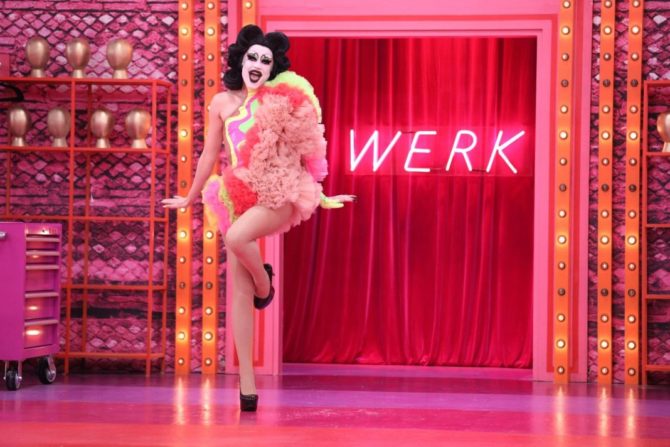 Who else but Kade Gottlieb, better known as Gottmik, can say they changed RuPaul’s mind about what drag is this past year?

The RuPaul’s Drag Race season 13 fan fave strutted into the werkroom as the first transmasculine contestant to vie for the crown, offering viewers a new way to think about drag, and finished by placing as second/third runner-up.

Before joining Drag Race, Gottmik was an established look-queen, having worked with celebrities like Lil Nas X, Adam Lambert, and Heidi Klum.

And while the 23-year-old Arizona native is by no means the first transmasculine performer to slay a stage, doing so on drag’s biggest platform marked a moment of progress for the brand, and an opportunity for its legions of fans to expand their own definitions about gender and drag.

“Time to crash the cis-tem,” Gottmik said as he entered the show’s first episode, and crash it he did.

Speaking on The Late Show with Stephen Colbert, RuPaul commented on the impact of Gottmik’s casting, saying:

“I walked into this thing with an idea of what drag is and the kids have a different idea. They keep changing it.

“This season we have a trans man who is on our show who is competing with the other drag queens and this man is fantastic.

“Fantastic! So, you know, I keep moving with what the kids are doing.”

And in a “Meet the Queens” video ahead of the season 13 premiere, Gottmik noted:

“It means so much for me to be on the show right now, especially being a trans guy going in a feminine perspective of a trans guy. The trans movement is getting so big, so powerful, so strong. I’m ready to get on the show and try to win this crown for my community.”

“I definitely hope that me being open will help kids out there like me, because coming to terms with who I was was the hardest thing I have ever done…Having a femme FTM queen out there that I could’ve reached out to would’ve helped me more than I ever could’ve imagined.”

We have a feeling we’ll be hearing a lot more from this talented performer.

Editor of Queerty sister site Into, Henry Giardina, had a chance to video chat with Gottmik. Check it out below: