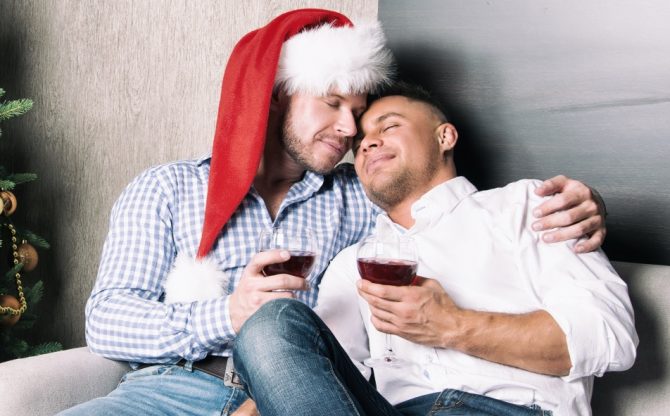 There’s no place like homo for the holidays. A Redditor in the r/askgaybros forum recently described how his boyfriend surprised him “in the most amazing way,” and our hearts are growing three sizes!

“I came home after running some errands and he set up the entire Christmas tree — lights and everything,” the guy writes. “I asked him why it was up so early, and he hugged and kissed me, saying it was because he didn’t want me to miss Christmas with him due to my work. I have to deploy/rotate soon and will be gone during the holidays.”

“I got really emotional when he said that, because I’ve never had anyone think about me like that. He always does subtle things here and there, expressing his love for me.”

Related: This Christmas-themed gay fan fiction will keep you hot all winter

The post gave other Reddit users a sleigh-ful of holiday cheer, to say the least. “If you don’t marry him, I call dibs,” one wrote. “Can I get thirdsies if you don’t?” another replied.

“Someone is cutting onions here,” another chimed in. “That’s so f—king cute. I’m so jealous! And happy for you!”