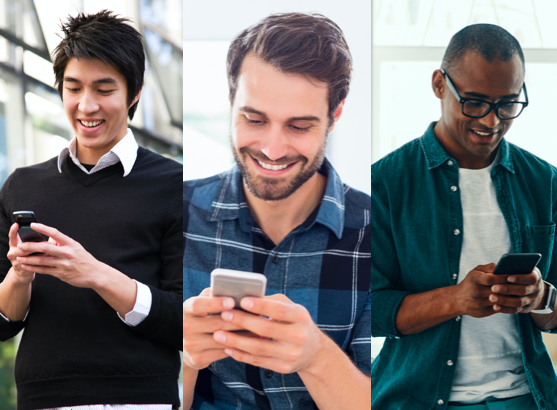 A woman says her husband and his buddies are endlessly joking about gay sex and it’s driving her crazy, so she’s seeking advice from out friend Rich Juzwiak over at Slate.

“My partner and I have been together for six happy years,” the woman explains. “Here is my (female) problem: He and our gaming friends (all male) have this habit of making gay jokes constantly.”

She continues, “They think it is hysterical to just tack some fellatio-related quip onto every. damn. sentence. … I am part of a text chain with these guys, and it is relentless.”

The woman says the jokes aren’t “hateful,” and she doesn’t believe any of the men are homophobic in their hearts, but their constant references to gay sex make no sense to her.

“I have never seen even a hint of outright bigotry from any of them,” she writes. “My partner is super kind to my close gay buddy and his partner and doesn’t act uncomfortable in the slightest when they are affectionate around us. He has embraced them with no issue whatsoever and considers them some of our best friends.”

Now she wonders, “Do hetero guys really talk like this, or are they just anomalous pervs? Is there any chance they stick to the gay stuff because they don’t want to be gross about sex with women with me around? Do I need to ‘stand up’ to this humor, even though it seems to be free from hate?”

In his response, Juzwiak tells the woman her husband and his buddies are engaging in what sociologist C.J. Pascoe calls “f*g discourse.”

Juzwiak explains that “f*g discourse” is basically when straight-identifying men call each other f*gs, make gay jokes, act feminine, or pretend to be sexually attracted to each other in an effort to reaffirm their own masculinity.

“In her study, Pascoe found that the use of the word f*g and the imitation of the f*g were often explicitly self-evaluated by boys as being not anti-gay,” Juzwiak paraphrases.

In other words, even though they’re using an antigay slur, the men don’t mean it in an antigay way, which, frankly, makes absolutely no sense.

Marginalized groups can reclaim slurs that have historically been used against them (i.e. gay people calling each other “f*gs”, or Black people using the N-word), but when members outside of the group use those slurs, they’re still slurs.

Thankfully, Juzwiak seems to get this.

He continues: “The view that one can joke about f*gs and f*g behavior in a manner that is somehow divorced from ‘real’ homophobia is massively shortsighted.”

“It sounds like something overgrown boys would say, and it in fact is,” he continues. “I think it’s egocentric and naïve to assume that as a straight guy, one can ridicule gay-adjacent stuff without consequences like perpetuating prejudice against real gay people, at least indirectly.”

“It is a delusion of privilege.”

What do you think about this woman’s situation and her husband and his buddies’ behavior? Share your thoughts in the comments section below…