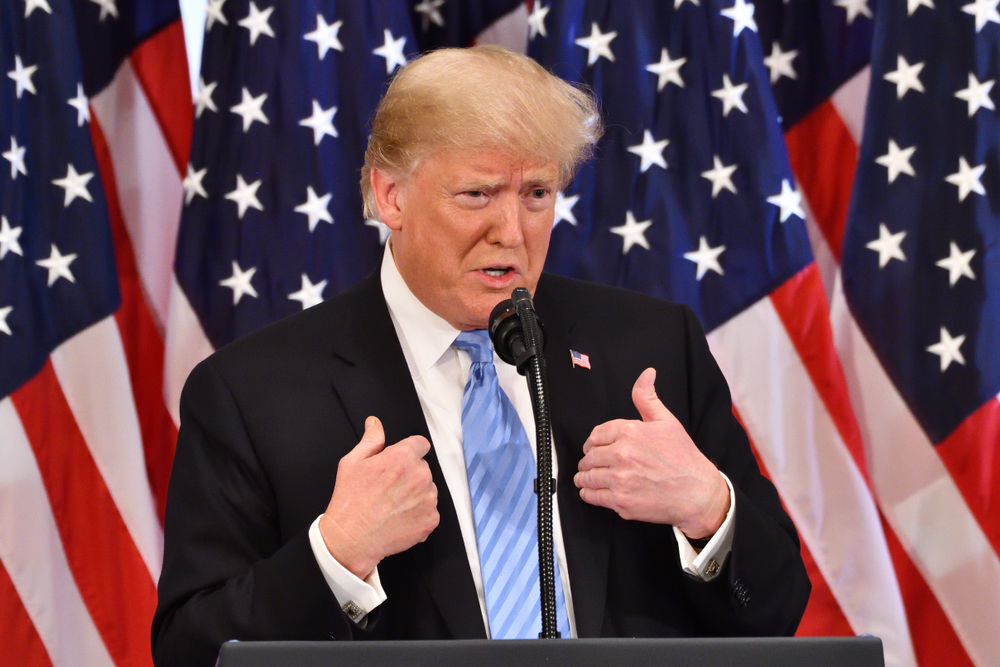 A recent study by The Washington Post found that men with “fragile masculinity” — insecurity about their manhood — are more likely to support Republicans and U.S. President Donald Trump, a man who has publicly bragged about his penis size and high testosterone levels.

The Washington Post looked at the nationwide frequency of Google searches for terms like “erectile dysfunction,” “hair loss,” “how to get girls,” “penis enlargement,” “penis size,” “steroids,” “testosterone” and “Viagra” — words that have been correlated with fragile masculinity in men.

Researchers then cross-referenced a map of these searches with electoral maps from the last three elections.

Related: The gay scene has a toxic masculinity problem. Here’s how we can end it together.

“We found that support for Trump in the 2016 election was higher in areas that had more searches for topics such as ‘erectile dysfunction,'” The Washington Post reports. “In contrast, fragile masculinity was not associated with support for Mitt Romney in 2012 or support for John McCain in 2008 — suggesting that the correlation of fragile masculinity and voting in presidential elections was distinctively stronger in 2016.”

Their theory also applied to support for Republican House candidates in the 2018 midterms.

The Washington Post made sure to point out that correlation isn’t the same as causation: That is, they’re pointing out a casual connection between fragile masculinity and voting Republican — they’re not saying that one causes the other.

However, these findings jive with another recent study showing that Trump was “disproportionately supported by people who hold traditional ‘masculine honor beliefs’ equating masculinity with physical courage and aggression.”

Thus, Trump’s aggressive posturing can be seen as a political strategy designed to reassure white men about their power and superiority over everyone else.

While this might seem funny — implying that Trump’s most ardent male supporters are actually balding, impotent, involuntary celibates — men with fragile masculinity are more likely to laugh at homophobic jokes and support homophobic government policies, two forms of violence which are no laughing matter.