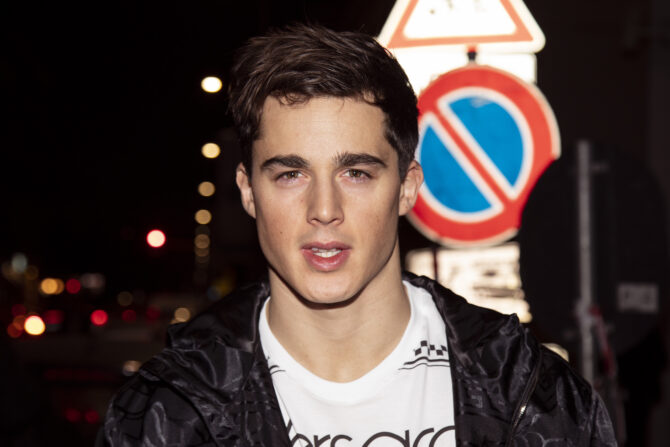 Italian model Pietro Boselli has built a massive following across social media by sharing workout tips, fashion campaigns, and an endless stream of thirst traps. He’s partnered with brands like Tommy Hilfiger, posed for the cover of GQ Italia, and attracted a large fan base among gay men for, well, obvious reasons.

He’s been featured on Queerty a few (dozen) times over the years, as well as nearly every gay lifestyle publication, and counts among his Twitter followers drag queens, queer entertainers and major Pride organizations. Speaking to Attitude in 2016, he even said his involvement in the fashion industry has helped him “to become more involved in the gay community.”

“For me, that’s been huge in terms of evolving as a person, who I am, understanding different viewpoints,” he said.

But is the admiration shown by queer fans really reciprocated? A dive into his recent Twitter activity suggests not.

Boselli links to his Twitter account from his official website. He currently has over 90K followers (small change compared to the 2.9 million on Instagram), but only follows 80 accounts. Scrolling through the accounts he follows, several names raise eyebrows — there’s Fox News hosts Sean Hannity and Tucker Carlson, and other outspoken conservatives like Candace Owens, Caitlyn Jenner, Ben Shapiro and Peter Thiel.

Of course, following someone’s feed and agreeing with their politics don’t necessarily go hand-in-hand, but a deeper dive into individual tweets Boselli has ‘liked’ begin to paint a picture.

Here’s a post by Owens that Boselli liked from October 2021 that denies the very existence of transgender people:

LOL. What better example of the alleged patriarchy than a man saying “I’m a woman” and being awarded recognition as the “first female” to accomplish something.
Apparently men are better at everything—including being women. https://t.co/Abf2rT1m44

He also liked these ones about Judge Ketanji Brown Jackson’s Supreme Court nomination hearings, which piggy-back on the Right’s culture war around gender identity:

Biden: We must appoint a woman to the Supreme Court.

Supreme Court Nominee: I don’t know what a woman is— I’m not a biologist.

Today, in 1854 opponents of slavery founded the Republican Party.

And this one he liked from Fox News in January about a Florida school that banned its teachers from talking about “CRT, gender fluidity, and ‘mainstream narrative surrounding Covid.'”

Is this what Boselli meant when he said he was “evolving” and “understanding different viewpoints”? Perhaps his exposure to gay people in the fashion industry did help him to evolve his views a bit, but it appears he has a long journey ahead if he really wants to understand the issues LGBTQ people face.

Until then, we’ll be directing our thirst elsewhere.