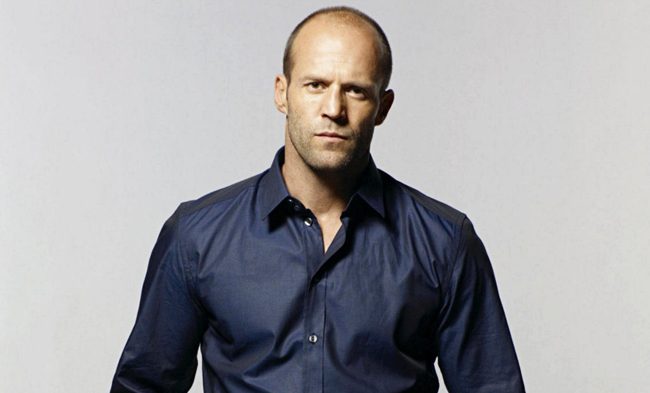 OK, this is sorta weird… Actor Jason Statham just issued a bizarre apology for allegedly using a homophobic slur during a private conversation that happened five years ago.

The 50-year-old actor is accused of repeatedly saying “f*cking f*gs” during a heated conversation with his manager, Steve Casman, on the set of his 2015 film “Wild Card.”

But here’s the thing… Statham says he has no recollection of the incident.

Related: Alec Baldwin back to his old ways, bashing gay men and generally being a toxic male

In a statement to The Blast, Statham explains the backstory:

Someone approached me claiming to have a tape of me using terms offensive to the LGBTQ community during a conversation I had with my producing partner, on a movie set five years ago. I have never heard the recording and my multiple requests to hear the recording have been refused. I have no recollection of making any of these offensive comments. However, let me be clear, the terms referenced are highly offensive. If I said these words, it was wrong and I deeply apologize. Anyone who knows me knows it doesn’t reflect how I feel about the LGBTQ community. While I cannot fix what was said in the past, I can learn from it and do better in the future.

The Sun claims to have a transcript of Statham’s tirade. It reports that the outburst happened at Harrah’s Casino in New Orleans back in 2013.

“If you want to tell me something don’t wait till I do 15 f*cking takes before you say something. Stop being a f*cking f*g and be more assertive!”

To which an exasperated Chasman eventually replied, “I guess I am a f*g” before leaving.

Statham’s lawyers say that anything said by the actor was a private conversation and never should have been recorded. Furthermore, they believe if Statham was recorded without his knowledge then it’s a violation of Louisiana’s Electronic Surveillance Act, which bans recording private conversations without consent.

For some reason we suspect there may be more to this story. Waiting for the other shoe to drop in 3… 2… 1…