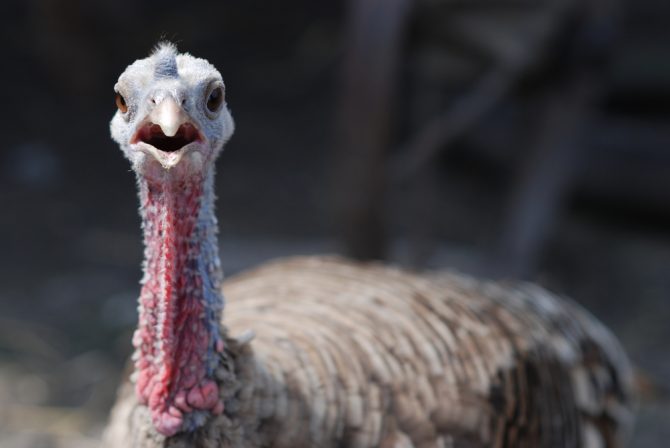 If there’s one thing Rep. Jim Jordan is good for, it’s  saying something idiotic on Twitter and then getting dragged for it in the comments. This week was no exception.

“Turkeys are going to cost more this Thanksgiving,” Jordan, who is currently under intense scrutiny for his alleged involvement in the January 6 insurrection, warned on Tuesday. “But don’t worry. The Biden Administration says you saved 16 cents on July 4th.”

Turkeys are going to cost more this Thanksgiving.

But don’t worry. The Biden Administration says you saved 16 cents on July 4th.

We’re not even going to bother trying to make sense of his tweet, because, well, why bother? The man’s an idiot. But giving credit where credit is due, we will say he’s right in saying the cost of turkeys is expected to be slightly higher this Thanksgiving season compared to last year.

The Farm Bureau’s 2020 annual report found the average cost of last year’s Thanksgiving dinner for 10 was the lowest it’s been in a decade, coming in at roughly $46.90, or less than $5 per person. In 2019, it was slightly higher, at $48.91, but still less than $5 per person. It remains to be seen exactly what the average cost of this year’s turkey dinner for 10 will be, but if history is any indication, we’re guessing it will probably once again fall around the $5 per person mark, give or take a few cents.

But we digress. The point is, the amount it costs to serve turkey and the traditional sides to a table of 10 on Thanksgiving fluctuates year after year depending on things like inflation and supply and demand. This is Economics 101 stuff. But it didn’t stop Jordan from trying to turn turkeys into a political rallying cry.

Anything to distract from the fact that the House select committee investigating January 6 has their sights set on him, right?

Here’s how people are responding to his frantic turkey tweet…

I just bought a Butterball for 99¢ a pound. So what’s the problem again?

Imagine that! Everything in life gets more expensive… except wages.

Maybe minimum wage should be raised

When the chef is stuffing the turkey, do you look the other way?

You didn’t raise your own turkey? What happened to personal responsibility?

So pull yourself up from your bootstraps and work harder! If that advice flies with people facing hunger and crippling debt, it works for everyone.

My turkey cost the same as last year and the year before… Butterball for $.99 a pound so stop the lies.

Those of us who grew up poor know that the holidays aren’t about turkeys or presents, they are about family and friends.

But at least we have toilet paper unlike last year! Remember?

I’m vegetarian, so I’ll be fine. Also, I don’t think Biden controls turkey prices. If turkeys are more expensive, it is because of low supply and high demand. Also, don’t you think that if Biden wanted to lower prices on his own, he’d do it?

I bet you know where to get wrestling shorts half off… pic.twitter.com/EyrcPkf7ge