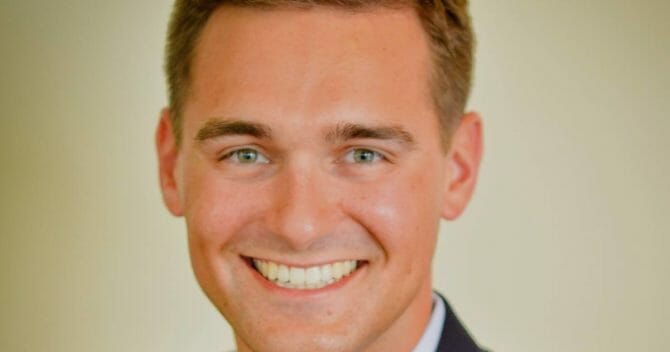 We think it’s safe to say that August 1, 2018 will go down in history as the worst day of Rep. Nick Sauer’s life.

Earlier today, Politico published a bombshell report accusing the Republican lawmaker from Illinois of using his ex-girlfriend’s nude photos to create a fake Instagram account in order to “catfish” other guys into having “graphic conversations of a sexual nature”.

According to the complaint filed by ex-girlfriend Kate Kelly with the Office of the Legislative Inspector General and obtained by POLITICO, Sauer used the Instagram account “to catfish other men using my privately shared naked photos. Nick would use this account to direct message men with my photos to engage in graphic conversations of a sexual nature. The men believed they were communicating with me and Nick shared private details of my life.”

After the story broke, Illinois House GOP Leader Jim Durkin issued a statement calling the allegations against Sauer “troubling” and stating, “He will be resigning from office today.”

Well, that time has come.

In his resignation letter, submitted to his colleagues in the last hour or so, 29-year-old Sauer doesn’t admit to any wrongdoing. Instead, he writes that he’s stepping down “as a result of the allegations” by “a former girlfriend” which he believes will a “distraction” from his job.

“After speaking with my family, I feel it best to step away from my public responsibilities,” the letter states.

Sauer’s resignation is effective immediately, marking the official end to his short-lived political career. Since submitting the letter, he has also deactivated all his social media pages.

No charges have been filed against him as of yet, although the Chicago Police Department is investigating the matter. 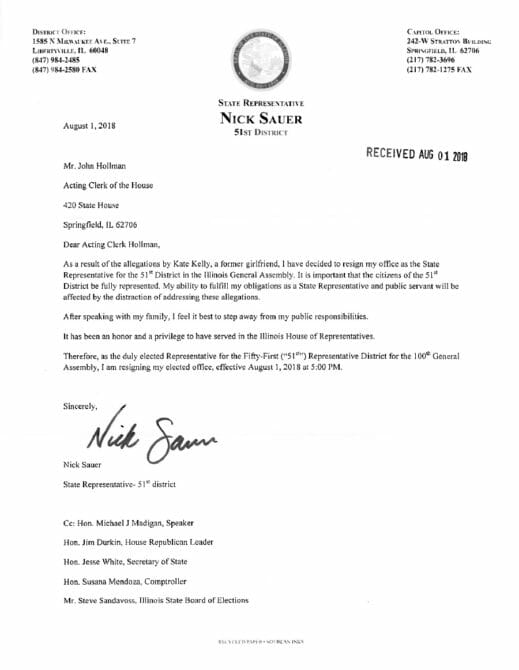