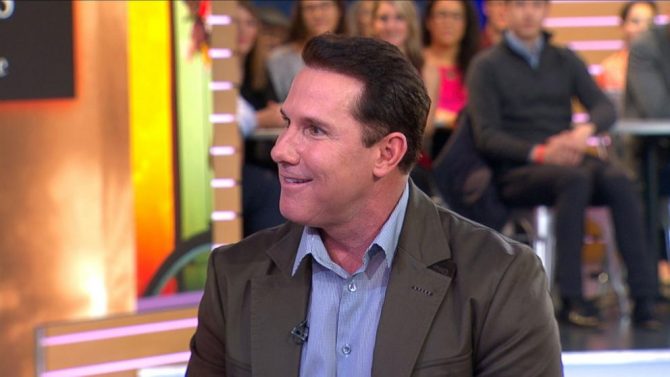 Sad news for fans of sappy romance novels: literary giant Nicholas Sparks tried to have LGBTQ curriculum banned from the Epiphany School of Global Studies, a faith based prep school started by the author.

Sparks, the popular author of romance novels like The Notebook and The Longest Ride, helped found the school in 2006. Newly leaked emails, however, show a bitter feud among school employees and Sparks.

Saul Benjamin, a former headmaster at the Epiphany School, has accused Sparks and other school Trustees of creating a hostile work environment, as well as homophobic and racist policies. The new emails would seem to support his case, with Sparks making some shocking remarks.

Regarding the lack of racial diversity in the school, Sparks takes pride in having one–yes, one–Jewish student among the 500 person student body.

The author further notes that the dearth of Black students at Epiphany has less to do with racist policies and more to do with local African-Americans failing to have the money or academic qualifications to attend.

In one email, Sparks comments that African-Americans, which comprise 40% of the local population, are “too poor and can’t do the academic work.”

Further rifts appeared between Benjamin, Sparks and other faculty over the school’s treatments of LGBTQ students and issues.

In 2013, a group of students began meeting informally to discuss their sexual orientations, and became the immediate subject of bullying. Sparks ordered Benjamin to ban the group, and threatened at least two teachers with termination for defending the students.

When Sparks was told banning the LGBTQ group was discriminatory, Sparks wrote back: “Not allowing them to have a club is NOT discrimination.”

The author also suggested banning all forms of student protest after two lesbian students planned to come out during chapel services. When Benjamin refused to do so, Sparks accused him of secretly authorizing an “official School LGBT club.”

Benjamin ultimately resigned after a heated meeting with Sparks, in which the former headmaster claimed the author behaved in a physically intimidating manner. Now, he has filed a lawsuit claiming harassment and discrimination.

Sparks, for his part, claims the Board fired Benjamin after he authorized a clandestine gay student club.

The trial for Benajamin’s suit is scheduled to be held this August.