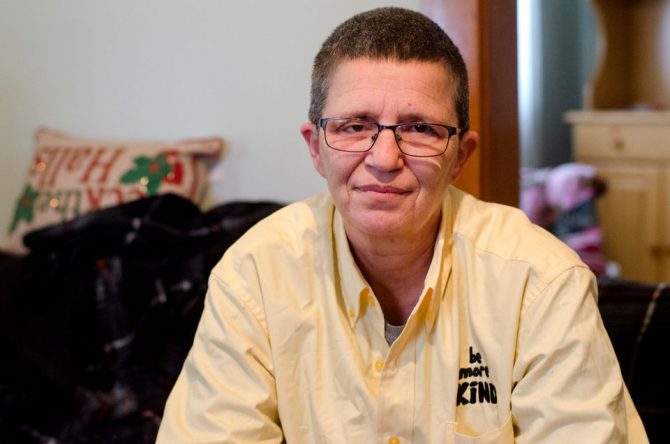 Nikki Joly is a local trans LGBTQ activist from Jackson, Michigan. He received widespread praise for organizing his town’s first gay community center and gay pride festival, as well as helping to get an ordinance passed protecting LGBTQ citizens from discrimination after a nearly 20 year battle.

In 2017, the 54-year-old’s home erupted into flames. At the time, many believed the blaze was a hate crime against him. Now, police say that may not be the case.

Traces of gasoline were found in five rooms inside Joly’s two-story, wood-frame home, which he shared with his partner, Chris Moore, according to the police report. Two days later, Joly urged supporters on Facebook not to respond to the fire with threats of additional violence.

Joly has been charged with first-degree arson after authorities determined he intentionally set his on fire, which resulted in the deaths of two German shepherds and three cats.

Two people who worked with Joly told police that he was frustrated that the Pride fest he organized didn’t generate more buzz.

“Real hate crimes are on the rise,” Graham Cassano, an associate professor of sociology at Oakland University, tells Detroit Free Press. “But as these crimes increase and become publicized, it’s not surprising to me that people would take the opportunity to use this to their advantage and fabricate hate crimes.”

According to his lawyer, Joly is innocent and has been receiving death threats as a result of the accusations made against him.

“It doesn’t make sense,” attorney Daniel Barnett says. “He was citizen of the year. There was plenty of media coverage already before the fire.”

Joly is scheduled to appear in court on March 8.