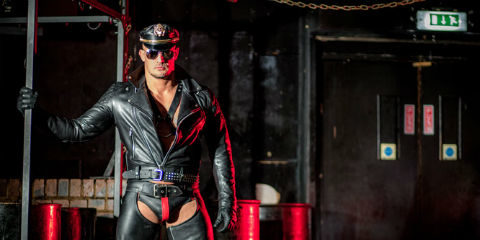 Gay nightclub Backstreet, the 34-year-old staple of London’s East End, has survived a developer’s attempt to bulldoze the venue and replace it with a high rise.

A grassroots letter-writing campaign, which comprised hundreds of letters, ultimately convinced the Tower Hamlets Council to block the destruction of the historic club. Cllr Rachel Blake, the deputy mayor of the borough, declared Backstreet as “an important community asset.” “It is the last true gay fetish club, and diversity matters to us,” she said. “This kind of venue really matters to us, it matters to Tower Hamlets and to the whole of London. It is very important to have.”

Related: Pride in London is this weekend, and The Nomadic Boys know how to have a good time

The testimonials of men who attend Backstreet provided touching anecdotes which attested to the club’s significance. “When I discovered the fetish scene by going to the Backstreet as an 18-year-old, it saved my life,” one man wrote in his letter. “It gave me a community that made me feel welcome, and embraced me flaws and all. It stopped me thinking I was odd or an outsider, gave me confidence in myself, and gave me some incredible friends and mentors.”

Blake also expressed concern over the number of LGBTQ nightclubs that had shut down in East End in recent years. She noted that 73% of LGBTQ nightclubs in the borough had shut down since 2006. She also pointed to the importance of safe spaces in the wake of an uptick in anti-queer hate crimes in the UK. Hate crimes have shown a shocking 114% over the past five years.

“When there is a rise in hate crime,” Blake said. “We must stand up for those with all backgrounds, and it is important that people can enjoy themselves in a safe space without external judgment.”