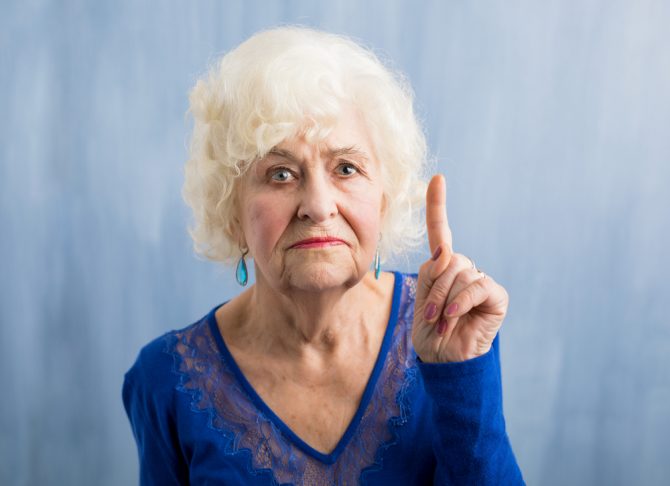 A man says his fiancé’s family is boycotting their wedding after he got into an argument with fiancee’s homophobic great aunt over the menu, so he’s turning to Reddit for advice.

In his post, the 27-year-old explains that he and his fiancee, Andrew, have been together for five years and are planning to be wed later this year.

“Andrew has always wanted a big wedding, so we planned on doing so where we live in Austin,” he writes. “Andrew’s family is huge, so most of the invites are for his side. We heard some grumblings when we announced the venue, but it was no big deal.”

Turns out, the bigger issue was the menu. Neither of the grooms eat meat and so they’ll be serving a vegan menu.

But it was Andrew’s Great Aunt Gale who took the most offense.

“Sweet Gale could not fathom eating a vegan dinner and said it was no meal fit for her growing grandkids,” the man writes. “She demanded that we change the menu. We kept telling her no.”

He continues, “Late last year, we were facetiming her and some of her preteen Satan Spawn. She was ‘teasing’ us to change the menu to accommodate a ‘sweet ol gal’ like her. Andrew went to the bathroom. She quickly told me while he was gone that she would ‘put up with a pansy wedding, but there’s no way in hell [she’d] let her kids eat like pansies'”

The man told Gale if she had such an issue with the menu, she didn’t have to come. Within 24 hours, several of Andrew’s family members texted to say they couldn’t believe how rude he was to their great aunt. Since then, 20 of his future in-laws have said they’re boycotting the wedding unless he apologizes.

“My fiancé wants me to apologize as he wants a big wedding, and Gale not coming means many others won’t come,” the man writes. “I told him I’m not apologizing until she fesses up about what she really said to me. He knows she won’t and wants me to be the bigger person. I’m refusing.”

The man wants to know what others on Reddit think he should do. Pretty much everyone agrees that Aunt Gale is awful and he shouldn’t have to bend to her demands.

“My god nobody will die if they don’t eat meat for one day,” one person comments. “She can go home and have a massive steak if it’s so much of an issue for her.”

“Keep standing up for yourself and your big day,” another writes. “They can eat their meat and be homophobic in grand old Texas. The quality of the guests should be more important than the quantity, in my opinion.”

“She used a homophobic slur against you,” a third person says. “She needs to apologize to you.”

“Why don’t you tell your in-law family that you’re not inviting someone who uses derogatory terms about your sexuality WHILE making demands?!” a fourth person suggests.

And then there’s this gem: “It’s pretty amazing calling someone a pansy while at the same time not being able to handle one meal without meat.”

What do you think this guy should do? Sound off in the comments section below…