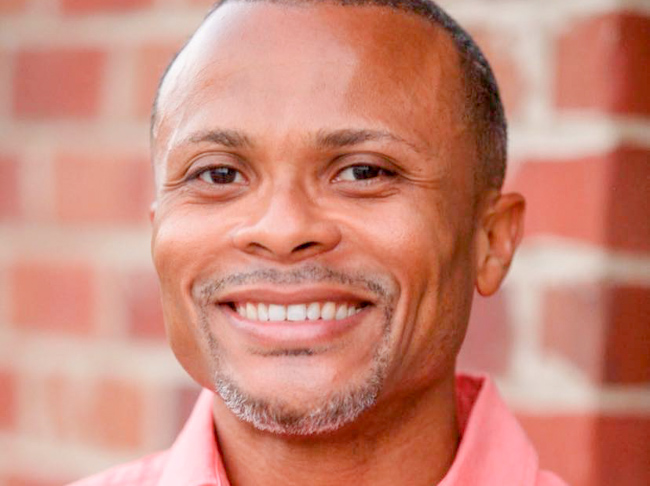 Kelly Johnson is a civic activist and political strategist from Georgia who just announced his candidacy for the his state’s senate. He’s running for the seat currently held by longtime Democratic incumbent Sen. Donzella James.

39-year-old Johnson plans on challenging Donzella in the Democratic primary next May. If he wins that primary and gets elected in November 2020, he will become the first openly gay member of the Georgia State Senate.

“It’s really about new energy,” Johnson tells ours friends at Project Q Atlanta. “Donzella has done an OK job at representing us, but for me it’s time for me to take the baton and run with it and take our state and our district much further.”

Johnson, who, until now, has largely worked behind the scenes in politics, knows he has a tough road ahead of him.

Still, Johnson believes he has a shot at beating her in the 2020 primary.

He plans on focusing on LGBTQ equality and combating the antigay bills being proposed by other lawmakers, like the one announced last month by State Rep. Ginny Ehrhart that aims to make giving  hormone treatments or performing gender affirmation surgery on minors a felony.

“I think it’s a disgusting bill,” says Johnson. “That is the reason why we need more LGBTQ people and allies in the legislature.”

“This bill serves no purpose. This is a coordinated attack on LGBTQ rights. It’s a nasty way to do this stuff. You’re taking a marginalized group and marginalizing them even further.”

Johnson is one of two openly LGBTQ people running for Georgia state Senate next year. Rev. Kim Jackson is running for the state Senate District 41 seat. If she wins, she would become Georgia’s first lesbian state senator.

“It would also show that the mentality of Georgia is starting to change and that’s something that can draw more investment in Georgia,” he says, “because people see it’s a more progressive state in the South.”