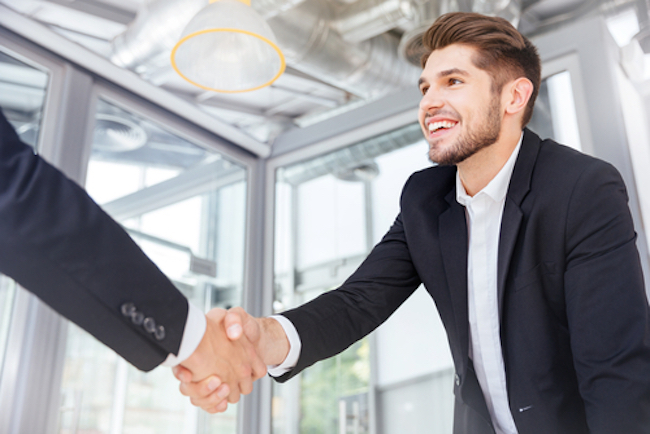 A sports nutrition store has deservedly come under fire for its reasoning behind ultimately not hiring a prospective job applicant.

Eduard Myra desperately wanted a sales assistant job at LLC Hardcore, a company based in Russia.

When he wasn’t hired, he requested a letter explaining why.

The response cited his “feminine manner,” the opinion that he was simply “too well groomed,” and the suspicion that his appearance promoted “non-traditional sexual relations.”

Here’s a chunk of the letter, sent by the company’s head of HR:

“[Your] feminine manner of speaking and gestures, as well as appearance (too well-groomed and flamboyant clothes) create an impression that you are a sexual minority person who, by his behavior and appearance, is propagating non-traditional sexual relations.”

”I don’t know how I can be propagating anything,” Myra tells Meduza. “My clothes are reserved. The only thing that could probably confuse somebody is that my ear is pierced.”

The store said their decision was significantly influenced by Russia’s “gay propaganda law,” which forbids the “promotion of homosexuality” to minors.

”Our customers are tough guys,” he tells Novaya Gazeta, suggesting he hasn’t met too many professional bodybuilders in his day-to-day life.

The BBC translated several public reactions on social media to gauge how Russians felt about the controversy.

“The good thing is that a precedent has been set,” writes NapoleonTort on Twitter. “And a stupid shop owner has paid for his ignorance!”

“Can it really be that somewhere in Russia justice has won? Omg,” Lilya Gubadulina wrote on VK.

“I can understand the shop owner too,” wrote Vlada Brishchenko. ” It’s not their fault that the majority of Russians are not tolerant.”

“Why would they risk their reputation when almost the whole country does not accept such people and treats them with disrespect?”