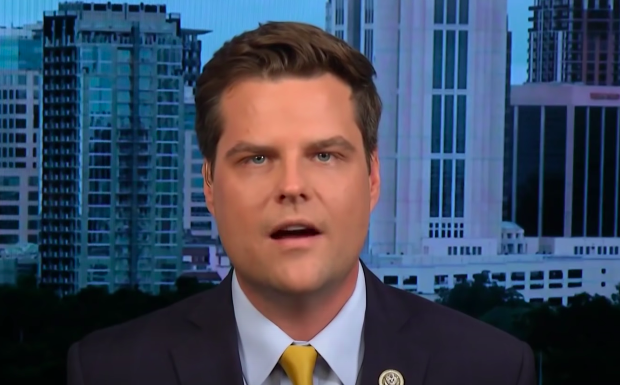 Well, it looks like Matt Gaetz‘s ex-girlfriend has finally caved and agreed to cooperate with the feds in their ongoing teen sex trafficking investigation against the antigay lawmaker.

Multiple media outlets are reporting that Gaetz’s ex has agreed to work with federal investigators after doing everything she could to avoid them for the last six months. Though she has not been identified by name, she is reportedly a former Capitol Hill intern who met Gaetz while working for another congressman.

Investigators say she’s a “critical witness” and believe she has information about a trip Gaetz took to the Bahamas in 2017, during which he may have paid to have sex with a 17-year-old high school student.

Meanwhile, Gaetz’s former wingman, Joel Greenberg, has also been working with investigators after pleading guilty to six federal counts, including sex trafficking of a minor. His cooperation is part of a plea agreement in exchange for having dozens of other counts against him dropped.

In his plea agreement, Greenberg admitted to having sex with a 17-year-old “at least seven times.” He also said he “introduced the minor to other adult men, who engaged in commercial sex acts with the minor.”

In a leaked letter written to Roger Stone begging for a pardon from Donald Trump, Greenberg alleged Gaetz was one of those men, although his plea agreement doesn’t mention the antigay lawmaker by name.

Gaetz hasn’t been charged with anything and has repeatedly denied any wrongdoing.