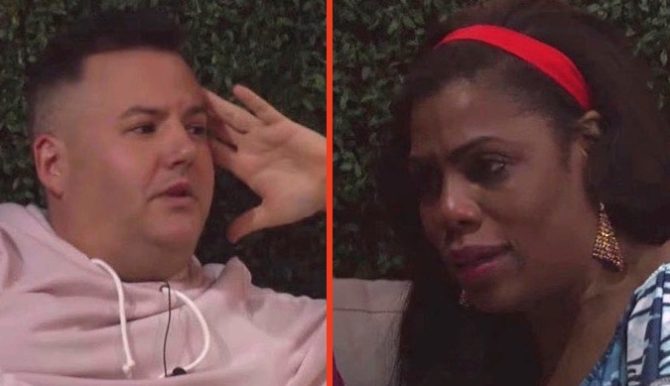 Sorry, Omarosa–you do not get to recast yourself as a concerned patriot after exiting the Trump White House.

And yet, here we are.

In a preview clip from the upcoming episode of Celebrity Big Brother (there’s already another one of these?!), former Trump flackey Omarosa explains to RuPaul’s Drag Race judge Ross Matthews that the nation is in danger with Trump in the Oval Office.

Thanks for the warning, Omarosa.

She also says that during her stint in the West Wing, she was “haunted” by the President’s tweets. And see, she tried to get him to stop, but “all of the people around him attacked me.”

“It was like, ‘keep her away from him, don’t get her access, don’t let her talk to him,’” she tells Matthews. “And Ivanka’s there, Jared’s there.”

No, Omarosa. Just no.

Watch the clip below: