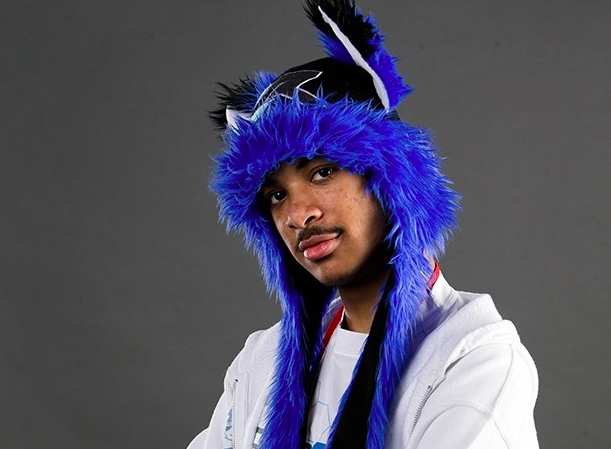 Dominique “SonicFox” McLean is a professional esports player and five-time Evolution Championship Series winner. He’s the highest-paid fighting game esports player in the world, raking in over $600,000 in earnings. He’s also gay. And, it turns out, non-binary.

On Tuesday, SonixFox tweeted: “I’ve been thinking critically about myself these last couple of months, and my entire life perspective on how I look. The more I reflect… the more this makes sense to me… I’m coming out as a Non-Binary Man.”

Hey ya’ll! I’ve been thinking critically about myself these last couple of months, and my entire life perspective on how I look. The more I reflect on my pass and likes the more this makes sense to me..

With that being said, I’m coming out as a Non-Binary Man!
(He/They) please!

21-year-old SonicFox followed that up with a series of tweets going into further detail about his gender identity.

“I’ve always found myself enjoying things that were typically considered ‘not masculine,” he wrote. “I’ve always thought of myself as 50% masc and 50% feminine. But I always felt ridiculed and made fun of for liking the more ‘feminine’ things of life.”

“The mens clothes section just never appealed to me … when I look at myself in the mirror and visualizing the ideal me, I keep seeing myself with this androgynous appearance. I was too nervous and shy to try women or “feminine” clothing … I am ready to conquer this shyness and start trying out new clothes and stuff that really feels like me.”

SonicFox went on to say that he goes by both “he” and “they” pronouns, but that could always change. Everything is fluid.

“In time I could see myself dropping the He/Him pronouns,” he explained. “I cannot tell if I am genderfluid or not, but I feel identifying as a cis-man just isn’t too right.”

“Hell even when I called myself gay for simplicity purposes, something always felt off about that as well. I’ll probably still continue to say I’m gay but in true hindsight, I think I am probably pansexual. Not sure yet. Sexuality and gender is confusing sometimes!”

Last year, SonicFox came out publicly as “super gay” while accepting the Esports Player of the Year award at the 2018 Game Awards.

Related: These super sexy gay gamers are stripping down and geeking out