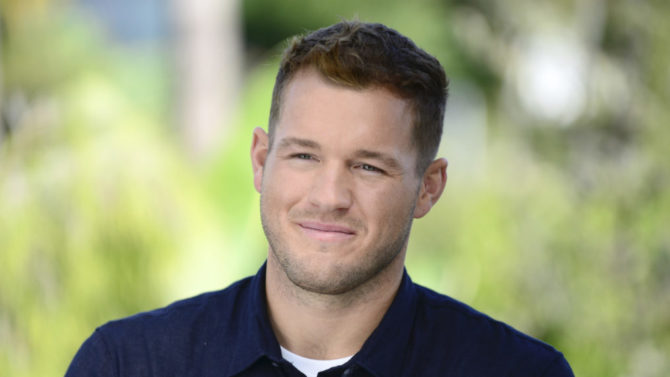 Reality star Colton Underwood made headlines yesterday when he came out as gay in a sit down interview with Robin Roberts on Good Morning America.

Underwood’s coming out was immediately followed by news that he’ll be appearing in an unscripted Netflix series chronicling his coming out journey. Gus Kenworthy will also appear in the series “acting as a guide, of sorts, for Underwood,” Variety reports.

But the reaction to all of this has been mixed, to say the least. While many people have been celebrating the news…

“Coming out” can be a terrifying, uncomfortable, and traumatizing experience because we still live in a world where we are made to fear the consequences of living freely. Let that sink in. So happy for @colton Underwood. His courage will undoubtably save lives today. ?? https://t.co/gAaYldPD9a

Others are reminding people of Underwood’s past mistreatment of women, particularly his ex-girlfriend, Cassie Randolph…

Colton coming out doesn’t erase the fact that he stalked and terrorized his previous girlfriend #TheBachelor pic.twitter.com/KwM7RSOczi

A little backstory: Underwood and Randolph met while filming The Bachelor. Their relationship was short-lived, however, and ended with Randolph filing for a restraining order against the former NFL player last year.

The two dated for more than a year after that, but eventually parted ways. In September, Randolph was granted a restraining order against Underwood, accusing Underwood of “harassing” her, planting a tracking device under her car, and going on “obsessive” walks near her parents’ home. The documents in the case also said that Underwood was spotted in an alley outside Randolph’s bedroom window and that she was “fearful for her safety.”

I'm glad that Colton Underwood finally feels comfortable coming out, but I'm not about to forget he harassed and stalked his ex-girlfriend and she had to take out a restraining order against him.

Him being gay doesn't negate his history of abusing women.

Good for Colton Underwood for coming out to the world and being his true self. That’s good Wednesday morning stuff right there. Live your truth my friends whatever you feel that truth is there is literally no right or wrong answer. We’re all just guessing

the LGBTQIA+ community does not and should not claim colton underwood !

I stand with Colton Underwood, thank you for speaking up, thank you for coming out we are all here to support you, there is a community here with us all! you got my follow! .@colton

Well, despite all the thirsting, we are glad to have Colton Underwood – proud of him

Colton Underwood is a manipulative, abusive stalker. He also follows Morgan Wallen on Instagram. And he’s SO BORING. Glad he’s able to accept who he is but I also don’t care because he sucks and it’s annoying seeing so many gays thirst over him since he’s white and has abs.

Good for Colton Underwood for coming out – but I see the media is just going to pretend that restraining order for stalking his ex and putting a tracking device on her car never happened, huh? A hard, emotionally fraught time is never an excuse for abuse or stalking.

Colton Underwood is a very gay name so good for him

And then there are those talking his upcoming Netflix series. Reactions to that have been, shall we say, a little more unified…

Colton Underwood is literally trying to pull a Kevin Spacey and like…why is @netflix awarding him with a show???

I for one, am very excited for Colton Underwood’s Netflix show.
For too long I have wanted to learn the correct pronunciation of “yass”, how to stay hydrated on ketamine, and how to avoid overdosing on GHB.

Colton Underwood getting a Netflix show about learning to be gay from Gus Kenworthy is homophobia.
I can't explain why, but it is.

I’ve been out for 7 years and have never stalked an ex where’s my reality show???https://t.co/g8pLE8xeq7

And then there’s this:

Gentle reminder that you can welcome Colton Underwood into the LGBTQIA+ community warmly and also hold him accountable for the trauma and abuse he inflicted on Cassie!!