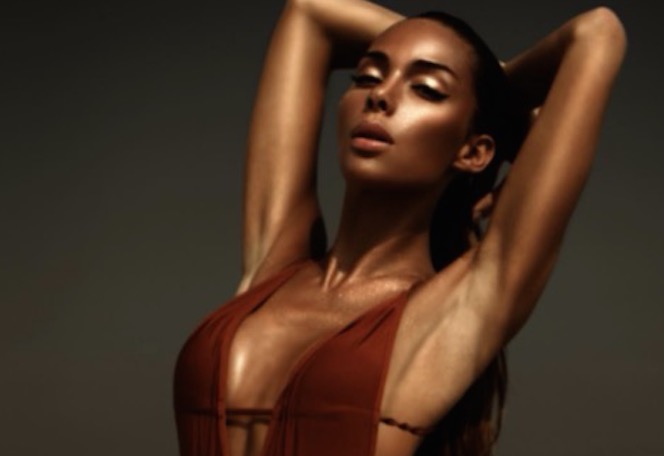 The latest issue of Playboy Magazine will include a major first — a transgender Playmate.

French model Ines Rau will be featured in a photo editorial in the November/December 2017 issue. Hugh Hefner, the publication’s founder who died last month, will appear on the issue’s cover.

While Rau isn’t the first trans model to be photographed for the pages of Playboy, she is the first to receive the title of “Playmate,” which is apparently a big deal in the Playboy universe.

It’s also not the first time she’s appeared in the magazine — her initial 2014 appearance in a spread called “Evolution” launched her modeling career. That feature explored “humanity’s halting shift toward acceptance of gender identities beyond the male-female binary.”

“It’s how I celebrated my coming out, actually,” Rau told Playboy. “I took that chance, and then I signed with an agency.”

“I lived a long time without saying I was transgender,” she explained at the time. “I dated a lot and almost forgot. I was scared of never finding a boyfriend and being seen as weird. Then I was like, You know, you should just be who you are. It’s a salvation to speak the truth about yourself, whether it’s your gender, sexuality, whatever. The people who reject you aren’t worth it. It’s not about being loved by others; it’s about loving yourself.”

Rau went on to star in a Balmain campaign, has been featured in Vogue Italia and has walked down numerous high-profile runways.

And that’s just the beginning.

“I just signed a book deal, and I just shot a film. I really want to be an action star!” Rau told Playboy. “It’s telling stories.”

Playboy produces six issues each year, which are available on newsstands and online.