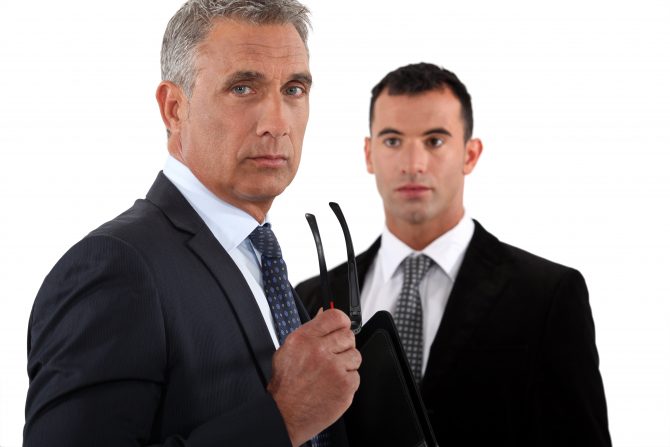 May-December relationships are commonplace in both the gay and straight sets. But when does a younger guy’s relationship with an older man put them at a power imbalance?

One Redditor recently posed that question to the r/askgaybros forum, offering up as an example a college-aged student dating a thirty-something man. “Is [the younger person] in such a relationship a lot more susceptible to manipulation and emotional abuse?” he writes. “Or are they completely responsible for their own actions and behavior as any other adult?”

Commenters on the post seemed to agree it depends on the situation — especially because “as each partner gets older, the age disparity becomes less of an issue,” as one said — and many shared some advice.

“When one partner is considerably younger and inexperienced, it can be easier for the older partner to manipulate and abuse them because of the extent to which they can shape what is ‘normal’ in a relationship for the younger person,” one commenter wrote. “If you already have a decade of relationship experience under your belt and you know it’s not normal for a partner to yell at you or attempt to control you, it’s more likely that you’ll be able to identify red flags early and get out. All of this is compounded by the potential for financial abuse: Often, the younger partner will become financially dependent on the older partner, which makes it more difficult to get out of the relationship.”

Another user shared the hallmarks of a positive age-gap relationship. “Green flags for age differential relationship: The older one tries to make the younger more independent and strong, not less. Especially if that includes money/career, sex, and self-esteem. There’s nothing wrong with dating an older guy who encourages you to keep your own place, advance your career, manage your own finances, believe in yourself, and even have your own sex life.”

Related: Overcoming the gay age gap is no small feat

One commenter, meanwhile, pointed out that younger guys who “flourish on that kind of dynamic” seek out older men. “They want someone taking control, advising, guiding, telling them what to do, supporting emotionally and financially,” that commenter wrote. “So it can work. Just don’t fool yourself thinking that you’re so mature that you’re on equal ground, because you’re not.”

As that last commenter noted, age-gap relationships can certainly work. Tom Daley and Dustin Lance Black seem to be traversing their 20-year gap pretty well, after all. But when those red flags pop up, lads, please don’t ignore them.