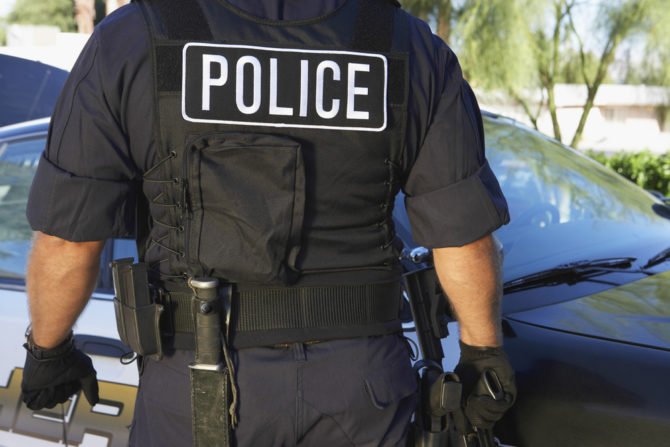 The ad was first noticed by Noah Shachtman from the Daily Beast, who tweeted about it on Friday.

Uhhhh why is the LAPD running recruitment ads on Breitbart?! pic.twitter.com/9gr1hnmy4o

LAPD rushed out a statement saying it didn’t know how the ad got there and that it doesn’t support Brietbart’s bigoted views in any way, shape, or form.

Related: The 10 Most Antigay Brietbart Headlines

“The LAPD celebrates diversity and embraces it within our ranks, and within the city we serve,” the department said Saturday, adding that the site is not in line with the department’s core values.

The LAPD celebrates diversity and embraces it within our ranks, and within the city we serve. We are aware that a recruitment advertisement has been circulated on a website that creates a negative juxtaposition to our core values.

Police Chief Michel Moore went so far as to say he thought the ad was a “spoof” when he first saw it. Either that or an effort to discredit the department by tying it to the extremist organization.

No. LAPD did NOT purchase or otherwise acquire ad space on that website.

Senior leadership at LA City Personnel Department also relayed they did not authorize or pay for this ad either.

It was later discovered that the ad was not a spoof and that it made it onto the site through Google Ads, which uses demographic information to place advertisements.

Ad buyers can filter out specific types of websites they don’t want to be featured on. Evidently, LAPD didn’t think to filter itself from antigay white supremacists.

But it does now.

“We have stopped these Google Ads altogether while we reexamine our ad filters and take all necessary steps to ensure tighter control of ad settings,” the department says.

Over the years, Brietbart has amplified the voices of antigay extremists and published countless homophobic and transphobic articles, with headlines like “Kids Raised By Same-Sex Couples Twice As Likely To Be Depressed, Fat Adults,” “I’ve Worked It Out: Isis Is A Gay Death Cult,” and “Day Of Silence: How The LGBT Agenda Is Hijacking America’s Youth.”

Earlier this year, it ran an attack piece against  11-year-old drag performer “Desmond Is Amazing” (aka. Desmond Napoles), resulting in the child receiving death threats.

Related: Conservatives are sending death threats to this 11-year-old drag performer and his family