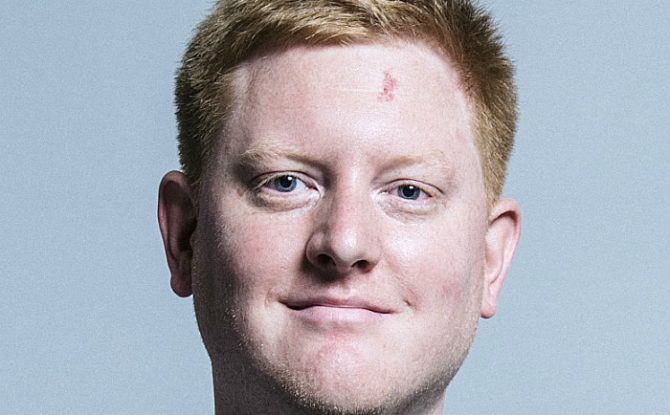 Meet Jared O’Mara. He’s a Member of Parliament for Sheffield Hallam who was outed last year for calling gay people “poofters,” “heterophobes,” and “fudge packers” in an online forum.

The comments were actually made back in 2009 but weren’t discovered until last October. During a town hall meeting held earlier this week, O’Mara was asked about the remarks.

The 36-year-old MP denied being homophobic and instead tried playing the victim, saying ever since his comments were made public, people have been “bullying” him.

O’Mara went on to say that his local pub, which he’s been frequenting “all the time for 12 years”, is a gay bar.

Things really got weird when he tried blaming rapper Eminem for his use of antigay slurs.

“I used homophobic words,” he admitted, “but they were the words of the time. They were on the Eminem record that I listened to at the time.”

He added: “There is no doubt that I made mistakes as a young man using distasteful language as a clumsy attempt at satire and sarcasm online. But that does not mean that is who I am today.”

“I didn’t commit any crimes,” O’Mara said, “yet I have been made unfairly to feel like a criminal.”