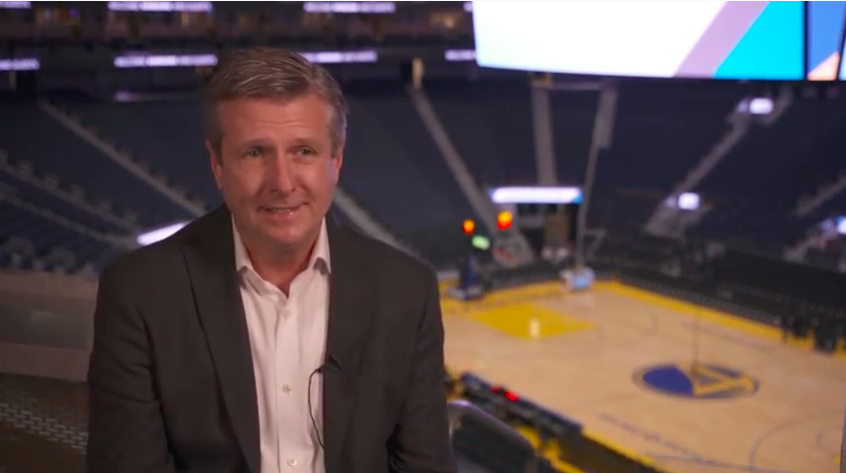 When Rick Welts was hired as president of the NBA’s Golden State Warriors in 2011, it was more than a job. It was a dream come true.

Professional sports highest-ranking openly gay executive recently had recently come out while serving as president of the NBA’s Phoenix Suns. Now he was heading to the heavily LGBTQ Bay Area to join his new partner, Todd Gage, and run a storied franchise about to undergo a historic championship run, winning three out of five NBA championships between 2015 and 2019.

It was Welts who also oversaw the construction of Chase Center arena, a monumental 20,000 seat ode to basketball (and concerts) in San Francisco’s emerging Mission Bay neighborhood. The Chase Center boasts more than 30 restaurants and retail stores, a huge pedestrian plaza, and the city’s largest outdoor digital screen where visitors can take in live events from around the world.

All the while, he continued to speak out for equality in pro sports, serving as grand marshal of the San Francisco Pride Parade and honoring his first partner, Arnie Chinn, lost to AIDS in 1994, at San Francisco’s AIDS Memorial Grove.

In an interview with Queerty, Welts credits the city’s welcoming nature for his continued ability to advocate for equality in professional sports, where he is among the few openly gay execs. “San Francisco is such a welcoming place,” he says. “I feel I’m beyond embraced. We are lucky to live in a place like this, and the Warriors love celebrating pride.”

Welts makes sure to leave time to enjoy the city with his partner, Gage, to whom he was recently married at San Francisco City Hall (by Mayor London Breed, no less!) in January. The Chase Center boasts more than 30 restaurants and retail stores, a huge pedestrian plaza, and the city’s largest outdoor digital screen where visitors can take in live events from around the world. In fact, the arena is the centerpiece of the city’s newest neighborhood, just waiting to be explored.

“Walking is a great way to see the beauty of the city,” Welts says. “We are so small, just seven by seven miles, there is no place you can’t walk. And we live in the most physically beautiful place in the world. Every day I’m here, I’m newly stunned.”