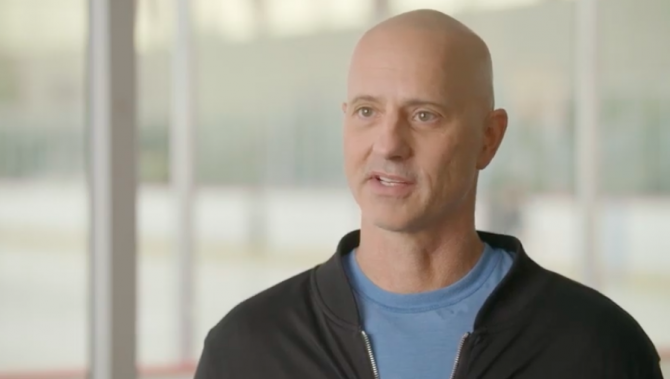 Brian Boitano is one of history’s greatest figure skaters, winning a gold medal at the 1998 Olympics in addition to national and world championships.

But Boitano’s greatest accomplishment might have come outside the rink.

In December 2013, he was named to the United States delegation to the 2014 Winter Olympics in Sochi, Russia, and he used the opportunity to publicly came out. Russia has been the target of criticism and LGBTQ activism because of its anti-gay “propaganda” law, and Boitano felt he could no longer remain silent.

Today, the legendary skater leads a quiet life in San Francisco, where he has hosted a Food Network show and still finds time to skate.

“I have traveled all over the world,” he says. “And I’ve never found a city I would even think about living in other than San Francisco. The city is so special because of its inclusive community, where everybody is welcome.”

To find out the places Brian loves, watch video number four in Queerty‘s San Francisco Stories series, which was shot prior to shelter-in-place: