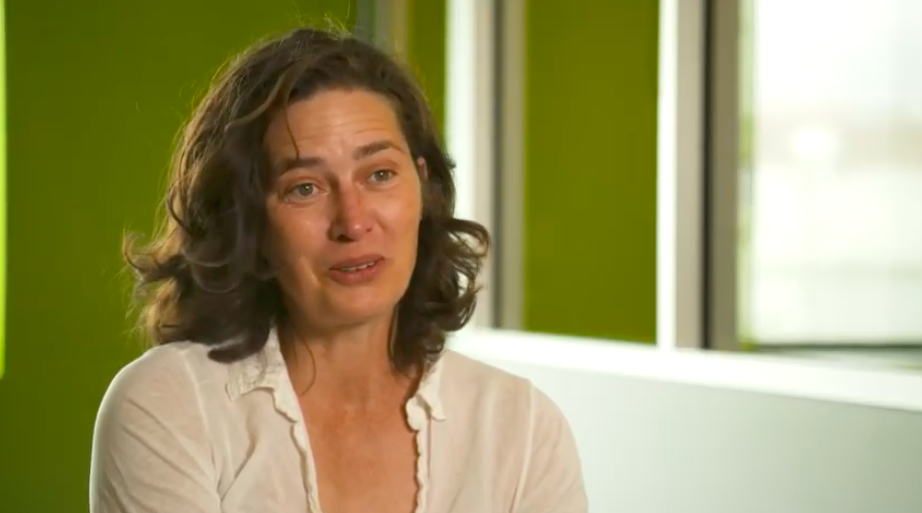 Strolling around the many San Francisco parks and green spaces, it’s easy to see why the city is considered one of the most dog-friendly places on earth. From a game of fetch in LGBTQ-oriented Dolores Park to the dog-run at Golden Gate Park, canines and their owners seem to frolic everywhere.

But there’s another reason as well. Dog lovers flock to the city for its reputation as a world champion of animal rights. And that is in no small measure a tribute to Jennifer Scarlett, a veterinarian and president of the San Francisco Society for the Prevention of Cruelty to Animals.

Scarlett lives in the city’s Mission District with her dog Louie, just blocks from the SPCA headquarters.

“My friends say I never leave my zip code, but that’s not actually true,” Scarlett quips in an interview with Queerty’s San Francisco Stories. “I do leave once in a while.”

Scarlett’s friends may have a point. Once you visit the neighborhood, you may never want to leave.

“I would call the Mission a gaybourhood, but I’d also call it a pana-hood, it really does have everything,” she says. “You can be anything you want here, and it’s just part of life. It’s a pretty amazing thing.”

Watch Scarlett talk about her love for Louie, animal welfare, and life in San Francisco, in an interview that was filmed prior to shelter-in-place: