There’s something magic about walking through the doors of a gay bar or club that has been around before you — you can almost feel the personal stories, the come-ons, the banter, the longing for freedom seeping out of the nicked wood of the bar.

Many of San Francisco’s legendary bars go way, way back, even before the Summer of Love in ’67, and remain thriving to this day. Others have vanished in the shifting sands of time and the changing tastes of those who now call the city home. After all, what’s would the revolutions of San Francisco have meant without amazing places to celebrate change and embrace the freedom in diversity.

But whether they’re going strong or long-lost, they’ll never be forgotten…

The cool gray city of love boasts a storied gay bar past. Among the most famous: Q Bar, the sceney mainstay of the Castro that’s gone through multiple name change but always seems to remain the same style of bar. No matter what night of the week you drop in, you’re sure to find no shortage of flirting, dancing, drinking, and conversations that spill onto the Castro Street sidewalk. 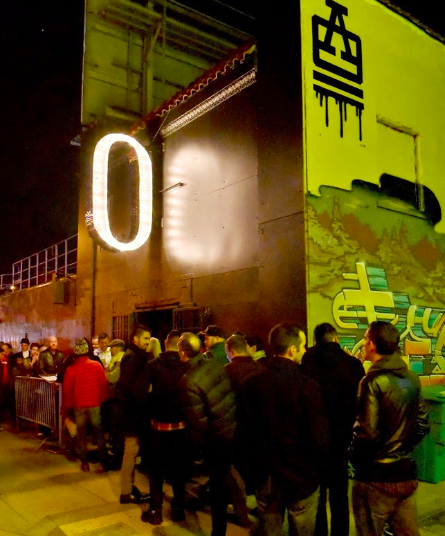 Of course, Castro is your go-to-spot for nightspots, with more than a dozen alone. But if you’re in the mood for a hint of the San Francisco that once was, have your driver take you to the South of Market Area, Polk Street or the Tenderloin. Those neighborhoods were the main cruising grounds back in the dark days when you could get arrested just for cruising an undercover cop, and they still retain a hint of the look and feel of those days, san undercover cops of course. Today, SF cops are very much on our side. In fact, they maybe among your fellow patrons, at least when off duty. There’s a scattering of leather and kink shops to keep you entertained as well, and some of the best drag in the city can be found at Oasis, a venue opened by drag legend Heklina. 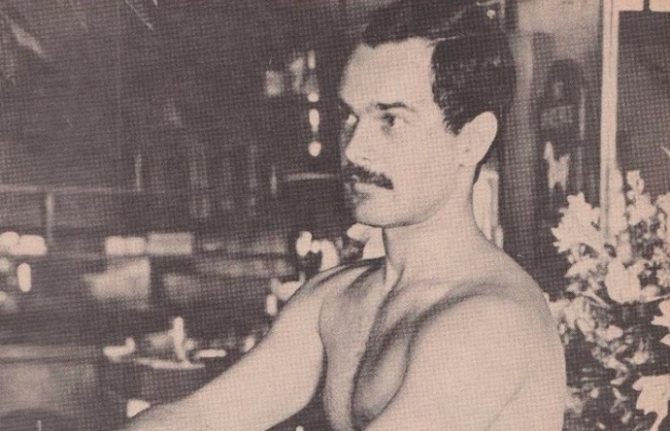 If you’re looking for a peek into our vast gay past, consider cracking a few books — or at least a few blogs. The local GLBT Historical Society boasts a treasure trove of old publications with ads for long-gone bars and clubs, with names like Purple Pickle and Kok. The Purple Pickle in the Castro was a piano bar in the 1970s, and served dinner once a week for a hungry community. 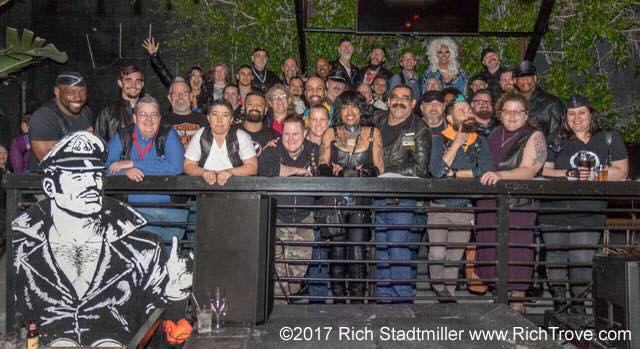 Your grittiest experience is sure to be found at The Eagle, San Francisco’s famous leather dive bar. The place looks like it’s just barely held together with string and duct tape, probably because the place is older than many of the people in attendance. It’s been the site of countless fundraisers, mud wrestling tournaments, drag shows, and community meetings. The outside patio teams with men on sunny weekend afternoons. 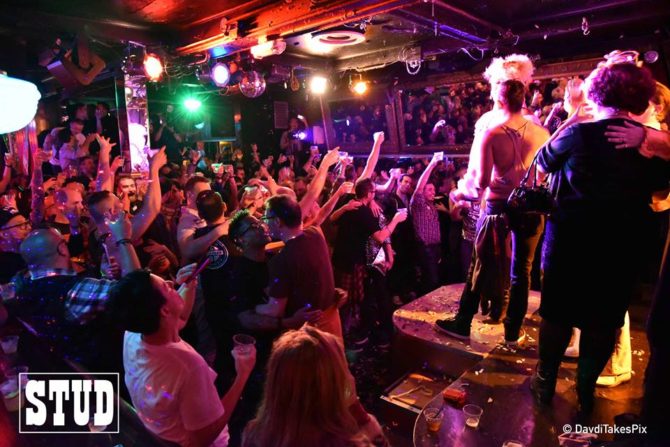 Another SOMA bar that’s been around forever, the Stud is home to raucous concerts, wild parties, and drag shows that dropped the jaws of even the most jaded queens. It started as a biker bar in the 60s and quickly transformed into a keystone of San Francisco queer culture. 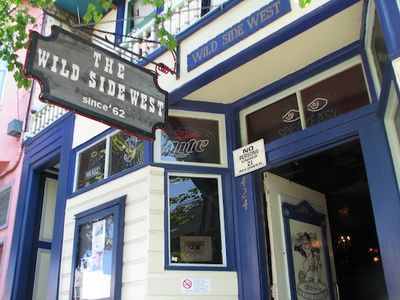 A neighborhood institution since 1962, Wild Side West was opened by two lesbians to cater to the far-flung queers hiding in San Francisco’s suburbs. Word is Janis Joplin used to party here. It’s a true local gem, in the out-of-the-way Bernal Heights ‘hood, and overflows with friendly familiar faces every night. Modern amenities include flat-screens for sports events and an internet jukebox. Head out to the patio to enjoy some fresh air and wink at pretty (mostly female) faces.

Naturally, the Beat Poets liked to drink and hang out. A lot. And when they did, it was often at Vesuvio Cafe in Italian flavored North Beach. Covered in local art, a drink at this destination is a must for anyone visiting the city who wants to feel the echoes of Allen Ginsberg and Lawrence Ferlinghetti. There’s a nearby alley that’s been spruced up to highlight the world of the generation that paved the way for the Summer of Love. Not technically a gay bar, but a must-see for those who value what made San Francisco the beacon of love it is today. 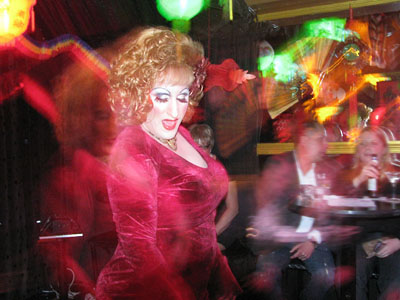 It might seem like it’s been here forever, but it’s not the oldest of SF’s gay bars — Aunt Charlie’s opened in 1987. Still, that’s plenty of time to have become an institution, as one of the Tenderloin’s most fabulous dive bars. The Friday and Saturday drag shows are notorious in the tight, colorful space. But the clientele is decidedly more mature than you might find at a more modern pounding-dance-music establishment. The city might be changing dramatically around the bar, but Aunt Charlie’s is frozen comfortably and brilliantly in time. 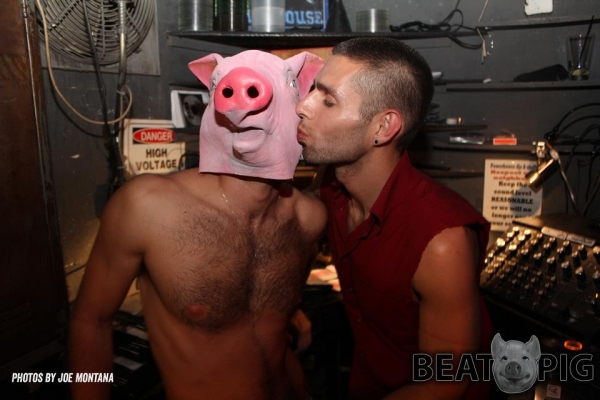 It’s a perfect place for a little happy hour, strippers, leather, and, well, the erotica that plays on several large screens on any given afternoon or evening. Powerhouse may not be the sleekest design in the world, but the old timey atmosphere evokes the past and an anything goes atmosphere. There’s plenty of fascinating men-watching to be enjoyed, and the crowd’s always friendly and welcoming as long as you drop the attitude at the door