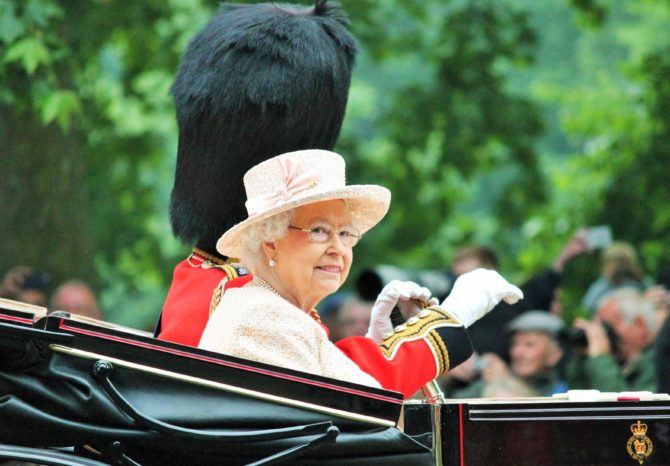 Queen Elizabeth II delivered her first major remarks since the funeral of her husband Prince Philip on Tuesday, opening the new session of Parliament and outlining the UK government’s legislative agenda, including plans to ban LGBTQ conversion therapy.

Known as the Queen’s Speech, the address was heard by a reduced audience due to Covid safety precautions.

“Measures will be brought forward to address racial and ethnic disparities and ban conversion therapy,” Queen Elizabeth II announced at the House of Lords in London.

The ceremonial speech to open Britain’s new parliamentary session is delivered by the reigning monarch, but the the content of the remarks are typically crafted by the Prime Minister and taken to reflect the new governing body’s priorities. So while the Queen herself holds little to no actual power in seeing a national conversion therapy ban through to fruition, Prime Minister Boris Johnson will hopefully put his money where his mouth is, so to speak.

The medically debunked practice of conversion therapy sets out to change people’s sexuality and/or gender identity. The practice is often closely tied to religion and has been shown to be ineffective and incredibly damaging to those subjected to it.

Johnson has previously come out against the practice. While serving as London’s mayor, he stated that it has “no place in civilized society” and banned ads for it on the city’s subways.

As Prime Minister, Johnson has had difficulty enacting a ban. Notably, his equalities advisor Jayne Ozanne and two other members of the government’s LGBT advisory panel resigned, in part because of the glacial pace towards enacting a ban.

Today Ozanne told ITV News: “Whilst I warmly welcome the news that there is finally to be a ban, I am concerned that we are going to have yet more consultation.

“The government simply need to protect the lives of all LGBT people by doing what the UN has advised and banning all forms of conversion therapy, including religious practices.

“They have consulted long enough, now it is time to act and bring forward legislation that protects everyone from this inhumane and degrading abuse.”

In the U.S., President Joe Biden promised a national ban on the practice on minors during his campaign. The LGBTQ policy section of his website states:

“Hundreds of thousands of LGBTQ+ individuals have been subjected to so-called “conversion therapy” during their lifetime, which Biden knows is deeply harmful, highly unscientific, and often leads to trauma. The Obama-Biden Administration supported legislative efforts to ban ‘conversion therapy’ against minors, but today this practice is only fully banned for minors in 19 states. As President, Biden will work to enact the Therapeutic Fraud Prevention Act.”