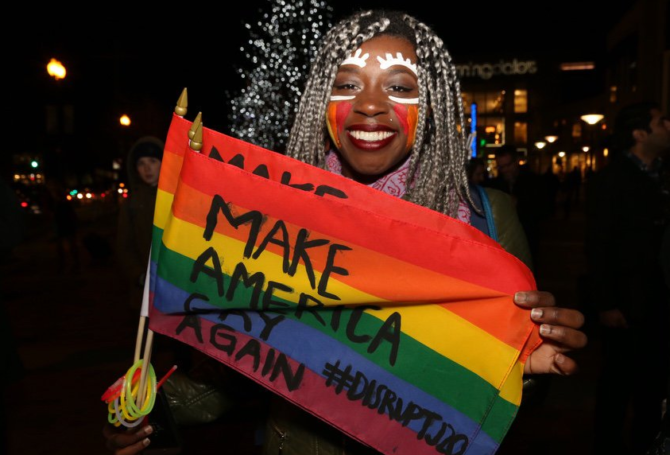 With a name like WERK For Peace, can you really ever go wrong?

Not yet, clearly. The LGBTQ activist group has put out the invite on Facebook for a booty-shaking queer dance party in the name of climate justice outside Ivanka Trump‘s house. Or at least in the neighborhood — you try and convince a whole army of Secret Service agents to let you and your fabulous queer crew through those security checkpoints. There’s no Jedi mind trick that convincing.

But still, the dancing shall commence, similarly to how they group stormed the streets outside Mike Pence’s home in January, raising awareness of his deplorable anti-LGBTQ record.

Here’s how that went down:

Seeing how Ivanka gave up that extremely thin “private citizen don’t condemn me for the sins of my father” defense when she took an office in the White House and a still-unspecified job title (which includes no oath of office, naturally), and she’s stated an interest in focusing on climate change (while her father unravels all the progress made over the last 8 years), WERK seems to have found the appropriate target to bombard with some good old fashioned queer grooves.

If Ivanka has real sway with Dad, she’d better realize quickly that the climate is no longer up for debate.

The group is also calling attention to Trump’s moves this week to strip LGBTQ federal government employees of protections and erase LGBTQ people from the 2020 Census.

Former CEO of Exxon and current Secretary of State Rex Tillerson also lives in the posh neighborhood. We can’t expect a good Stevie Nicks remix to alter his environmental negligence, but it sure is a nice thought.

The protest is set for this Saturday at 6pm. Get into it.

Think there’s a better way to resist? Name it, organize it, do it.