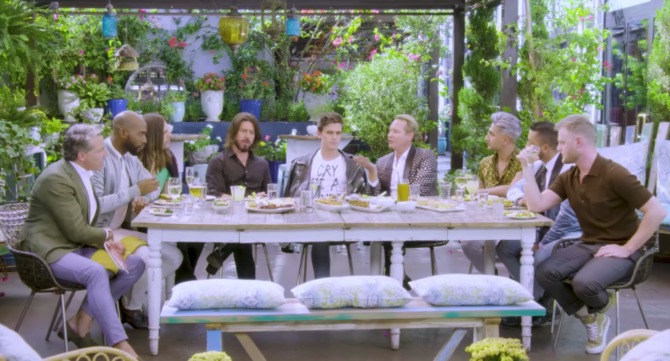 Who They Are: Experts in style, fashion, grooming, culture and food who star on Netflix‘s Queer Eye

What They Did: Reviving the landmark reality series, the new Fab Five have taken their skills into red state territory. The original series ran 2003-2007 and the original Fab Five (Ted Allen, Kyan Douglas, Carson Kressley, Thom Fililcia & Jai Rodriguez) making over “hetero” men, bringing style to shlubs. The new Fab Five expand their sights to include women, transgender people, and even public landmarks.

Related: Queer Eye’s Karamo Brown shows off fine assets, but don’t enjoy them TOO much

Why We’re Proud: It takes fortitude to go into deep Trump country this fabulous and to make straight white conservative dudes equally so.

The announcement that streaming giant Netflix would revive the cult TV series raised more than its share of eyebrows. After all, in an era of Anderson Cooper, marriage equality, Drag Race what could five fashionistas in a reality show accomplish?

As it turns out, a lot. The Fab Five took their gayness straight (as it were) to the parts of the country they knew would greet it with hostility. The Fab Five hoped to send a powerful message about social and economic class.

As Porowski told them:

It’s a reminder that all of the shit that we deal with and these fears we have of not being good enough or not being loveable are the same for everyone. The show took us out of our comfort zone. I’m not taking these guys to Whole Foods or Eataly to get fresh pasta. Sometimes, all these people have is Target or Walmart. That’s what we need to work with. 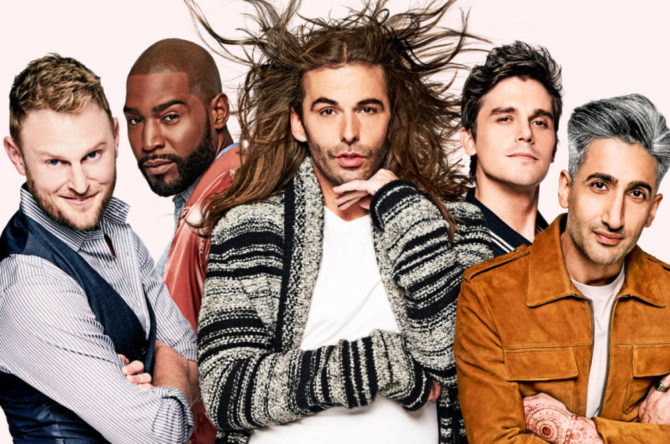 Unlike the original Queer Eye series, the revival also takes things a step further: rather than focus exclusively straight men, the Fab Five have broadened their reach, giving makeovers to women, transgender people, and even entire communities. Who would have thought that five flamboyant gay men would ever remodel a church? Yes!

Far from the usual trash content of reality TV, the new Queer Eye has gone further toward not just normalizing queer culture but also making the world at large realize we are force for good.

Fear stems hate. But here we show pure kindness, which is what I think the show and every single one of my castmates does so well. There is no bringing the person down with any meanness, or making fun, and if we do it’s all in jest and it’s all with a foundation of love and kindness, and we need that. And I think that’s why the show has been so well received because I don’t think we’ve seen that in a long time. And we’re so polarized with all the news outlets that we chose to watch, that we forget that.