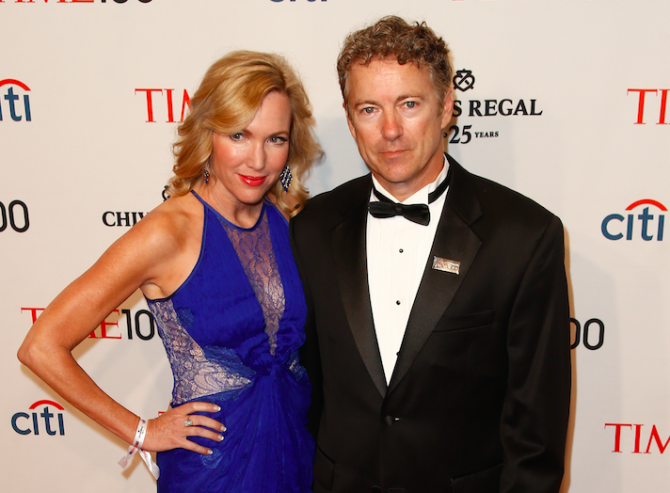 Another day, another claim by Rand Paul that his life is in very grave danger.

The FBI and Capitol Hill police are currently investigating a suspicious package sent to the antigay senator’s home in Kentucky earlier this week.

The large envelope containing white powder arrived on Paul’s front doorstep Monday morning. An initial test determined the substance was not dangerous, but that didn’t stop him and his wife, Kelley, from rushing to Twitter to say someone was trying to kill them.

The sender of the package is unknown, but Paul thinks he knows who it might be and it’s none other than adult contemporary singer Richard Marx, best known for his 1989 worldwide hit single “Right Here Waiting.”

Paul took to Twitter to accuse Marx of being out to get him after he tweeted on Sunday: “I’ll say it again: If I ever meet Rand Paul’s neighbor I’m going to hug him and buy him as many drinks as he can consume.”

Marx’s tweet, which has since been removed, was in reference to that time in 2017 when Paul got into a fist fight with neighbor, who ended up breaking several of the senator’s ribs.

C-list celebrity's tweet inciting violence against Rand Paul was taken down by @Twitter for violating its rules. @playbookdc https://t.co/iis0u9YElO pic.twitter.com/2OvsGe0uOB

But this isn’t the first time Paul has claimed to be the target of deadly violence.

Last August, he said a “crazed mob” tried to murder him and his wife in cold blood while they were walking from the White House to their hotel after Donald Trump’s RNC speech.

Video of the incident, however, did not corroborate Paul’s story and, in fact, showed the exact opposite.

Marx hasn’t responded to requests for comment about his beef with the senator, but Kelley Paul did take to Twitter yesterday to thank everyone for their “prayers and messages of encouragement” following her and her husband’s brush with death.

To all of the kind people who have offered us your prayers and messages of encouragement today, thank you from the bottom of my heart! ?? pic.twitter.com/JzVOhGrJPM