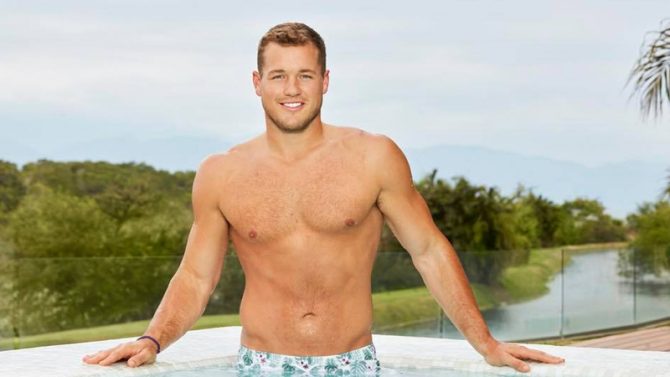 Former Bachelor star Colton Underwood came out as gay during a sit down interview with Robin Roberts on Good Morning America this morning.

Like so many people, Underwood did a lot of soul searching over the last year, which helped him to accept his sexuality.

“I’m the happiest and healthiest I’ve ever been in my life. That means the world to me.”

Much of Underwood’s struggle with accepting his true identity came from his religious upbringing.

“I learned in the Bible that gay is a sin,” he told Roberts. “I don’t feel that anymore.”

Speculation about his sexuality has been going on for a while now. In 2019, Billy Eichner jokingly told him during an interview that he should “look into” the possibility of gay, teasing, “Maybe you’re the first gay Bachelor, and we don’t even know!”

The panic in Colton Underwood… every gay has felt this pic.twitter.com/xB0GJPiFFm

In March 2020, Underwood told People that there was a time he thought he might be gay after school bullies taunted him about it, but he believed he was just “super insecure.”

“It was one of those things where you hear something so often, you start believing it,” he said. “I thought, maybe I am gay. … I didn’t know who I was.”

Then in August 2020, he went on to the Reality Steve podcast to declare he is not, in fact, gay, saying: “The bottom line is I’m not gay. I have love and support for anybody in the LGBT+ community and support that, and love is love, at the end of the day.”

Today, Underwood says he has accepted his truth and he has the full support of his family.

“I’ve had sort of a range of responses and the underlying most common was ‘I wish you would have told me sooner’,” he told Roberts.

“When I hear that I wish I would have had faith in my friends and family a little bit more. The only reason I’m sitting down with you today is because I have the love and support of my friends and my family.”