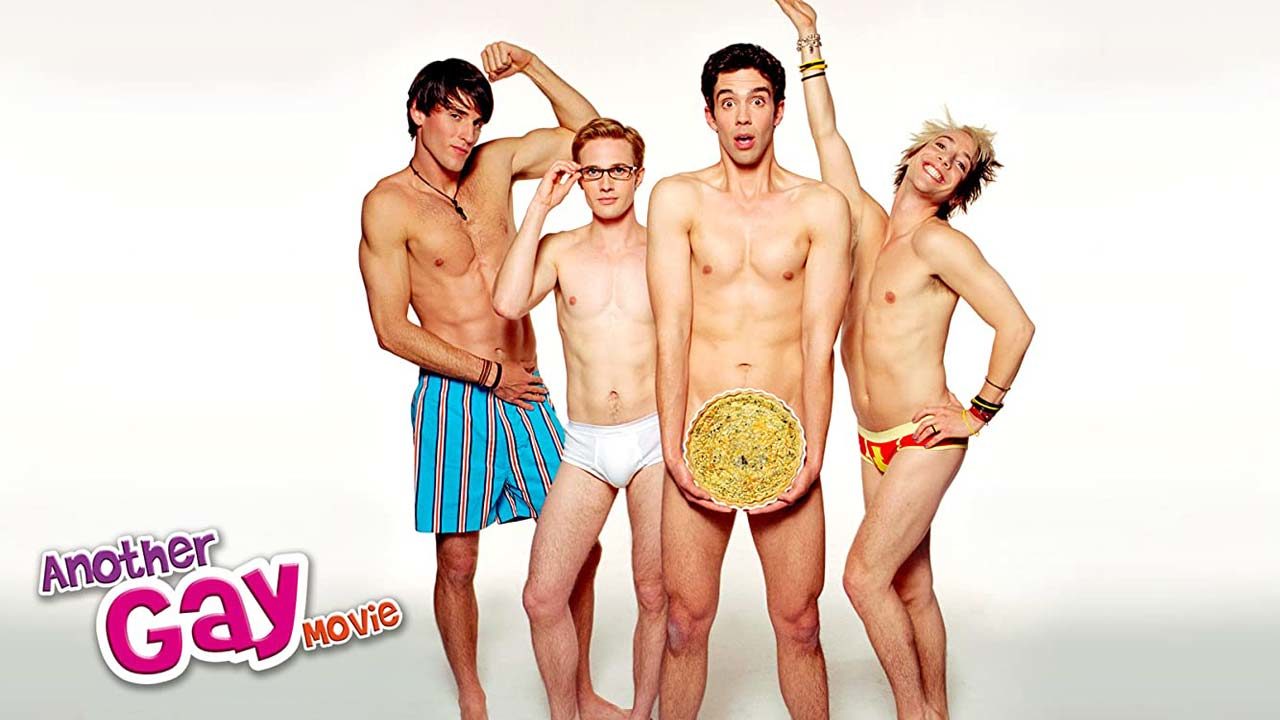 Related: I’m a bottom. My boyfriend was vers. It ruined our relationship.

Full disclosure, prior to writing this, I had never seen Another Gay Movie. I know, I’m a terrible gay! But to be fair, I was a deeply closeted teen living in Montana when it was first released. My only relief in life up to that point was waiting until my parents went to bed so I could dial-up our AOL internet and watch some, ahem, adult films. I really didn’t have time for LGBTQIA+ cinema back then.

So, in order to right such tragic wrong, I decided to give Another Gay Movie a much-belated viewing, to see what held up, what didn’t, and what had me wishing it was 2006 again…

Cute guys and… this?!

First of all, what in God’s double popped collar polo shirt is this? Was this an actual trend? I either have no memory of it, or I forever blocked it from my mind due to the sheer trauma this fashion faux pas inflicted upon my soul.

Verdict: Turns out, double popped polos don’t hold up, but damn you, Another Gay Movie, I can’t quit you yet, we’re just getting started!

Verdict: LOL, I don’t know why Richard Hatch is in this movie, but I totally have fond memories of watching him compete on Survivor with my mom. So for that reason alone, I’m going to say Richard holds up. Yasss, zaddy!

Welcome to the digital (camera) revolution

There’s a scene in the movie where all the guys are meeting up and one of them pulls out a digital camera. It made me giggle with delight. Who else remembers using those super clunky, admittedly ugly things? They were all the rage in the early aughts! Remember when “how many megapixels does yours have?” was an actual conversation we had? No, just me? OK!

But also, remember the absolute labor you’d have to endure in order to send one simple f*cking picture? First, you’d have to snap a bazillion pics in the hopes you got one where you didn’t completely chop your entire face off (welcome to the awful world of no front-facing cameras, bbz!). Then you’d have to find a USB cord, jam it into your computer, and wait several minutes for them to upload. Man, being gay was hard back then!

Verdict: Digital cameras don’t really hold up, but also, did Another Gay Movie invent the selfie (photographic evidence above)?

Dating on the internet, the original Tinder 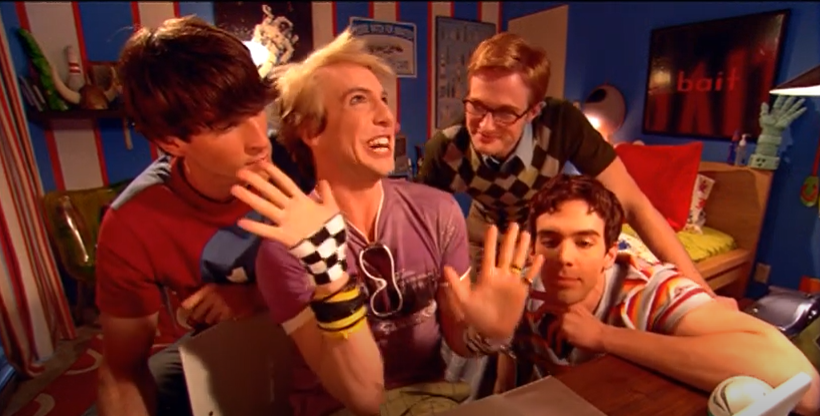 OK, enough about fashion and technology, time to get to the gay sh*t!

During a pivotal scene in Another Gay Movie, one of the characters, Nico (played by Jonah Blechman) screams in delight when he gets a response from a guy online and proclaims, “the internet is the way to hook up,” which like, HAVE TRUER WORDS EVER BEEN SPOKEN?!? I rest my case.

Verdict: The internet is still being used for hookups, only instead of computers, we’re using apps. It checks out.

Bonus points for this exchange:

Asking to trade pics since 2006, apparently.

P.S. I miss all those weird, gay chatrooms.

All in the (supportive) family

I will admit, this part of the movie surprised me the most. Maybe I’ve been conditioned to believe that all parents of LGBTQIA+ children are supposed to be a**holes on TV (thanks, Brokeback Mountain!), but the parents in Another Gay Movie were anything but. By the end of the movie, I wanted Nico’s mom to be my mom (she just wants everyone to “get some ass,” after all), and Andy’s dad to be my dad (minus all the giant butt plugs).

I also loved how the movie celebrated gayness in all its glory. None of the characters experienced some “tragic” coming out; they were already out and proud, with parents who loved and supported them. It was unexpected and refreshing to see in a movie that was made 15 years ago.

Verdict: This holds up. Turns out, sometimes your chosen family is also your actual family!

A ding for Asian representation

By the time the credits rolled, I was allllll for the campiness in this movie and grew to love it. I get it, Another Gay Movie is a satire and, legally, our community deserves it’s own version of American Pie! But also, the cringe factor was strong when it came to how the character of Tiki, who is Asian, was portrayed.

For what it’s worth, Another Gay Movie‘s writer and director of the movie, Todd Stephens, seems to understand. In a really great oral history of the film with the A.V. Club, Stephens shares his regrets about how the character is portrayed.

“It makes me uncomfortable now, to be honest,” he told the pub. “The intent was to spoof characters like Long Duk Dong from Sixteen Candles, she was meant to be a comment on that trope. But where’s the line between riffing on that shittiness and actually still depicting a stereotype and propagating that shittiness?”

For Angela Oh, who portrayed Tiki, she has a different take:

“I was just thrilled [Stephens] included an Asian character,” she said. “The thing is, I feel like you can look at the character and be like, ‘Oh, she’s so stereotypical with an accent.’ Or you could flip it and think, well, people with accents do exist, and also it’s so great that she gets to be a cheerleader. Todd didn’t write her as a bookworm, or a biology student, you know? For once, I got to play the cheerleader, which I really was in high school.”

Verdict: We love a filmmaker who is self-aware enough to know when he falls short.

Another ding for disability representation

Ah yes, let’s have a character who is blind and make their disability the butt of the joke… multiple times through the movie!

Verdict: Can you sense my sarcasm? This does not hold up.

But to end things on a high note…

Verdict: It never gets old.

Josh Galassi is very gay and very disabled, if you haven’t noticed. Sometimes, he writes about both those things, and sometimes, he doesn’t. He lives in Seattle with his dog Carmen Sandiego, who, it turns out, was on Craigslist the entire time (where he bought her). You can find him on Facebook and Twitter, or at a nearby coffee shop obsessing over cold brew.