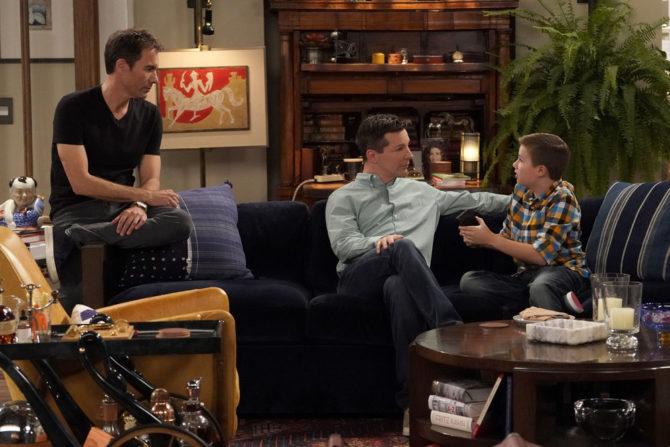 GLAAD has released its annual Where Are We on TV report this week and the number of of LGBTQ characters on TV has hit an all-time high.

Queer characters make up almost 9% of all the characters on TV, up more than 2% from last year. Not just that, but about 1/5 of those characters are people of color–another first. When it comes to gender, the results divided about even with half the characters men and the other half women.

“Amid one of the most tumultuous times that LGBTQ Americans have ever faced, what happens on our television screens is now more critical than ever before to accelerate acceptance for LGBTQ people,” said GLAAD president Kate Ellis.

“Not only do stories that explore the rich lives and identities of LGBTQ people move the needle forward culturally, but they pay off in ratings — shows like Will & Grace, Supergirl, Empire and How to Get Away With Murder all attract millions of viewers weekly and show that audiences are clearly hungry for new stories and perspectives.”

The report found a 31% increase in queer representation on broadcast TV from last year, while streaming services saw a 20% increase.

The CW received special recognition in the report for the broadcast network with the most LGBTQ characters, while Netflix took home the distinction among streaming services.

The report covered new and returning shows available from June 2018 to May 2019, and therefore includes a number of series like Netflix’s Tales of the City that have yet to premiere. GLAAD also lauded the number of LGBTQ characters in lead roles on shows like Pose, Charmed and Vida.

Related: Fabulous news: TV is about to get much gayer