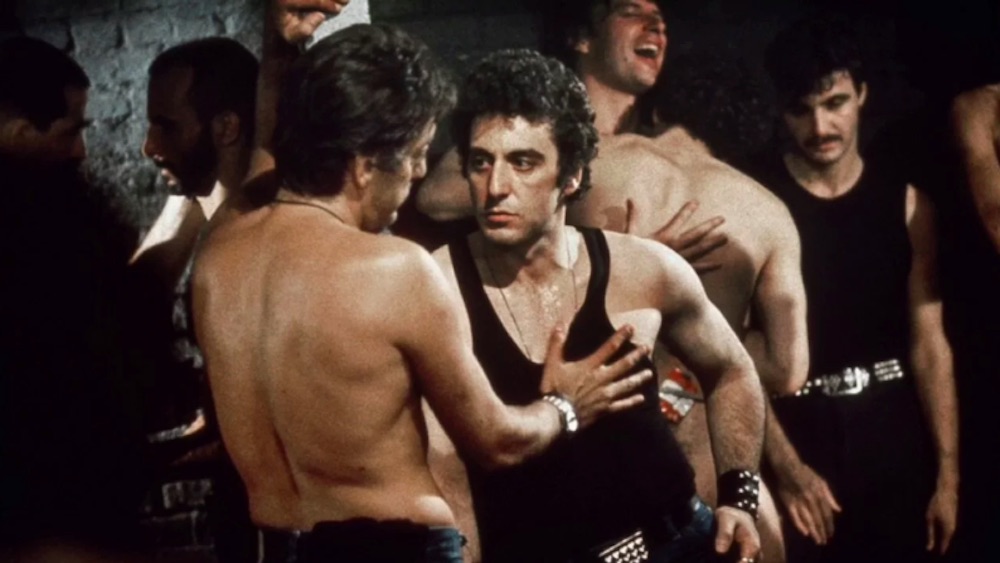 The controversial and oh-so-hot 1980s gay slasher film Cruising is now a children’s playset! Now you, your impressionable young son and his “friend” can relive the excitement and danger of pre-HIV New York City gay leather bar scene right in your own home.

The commercial for the thankfully fake children’s playset (below) shows two kids racing a van along an electronic racetrack. Attached to the racetrack are a miniature city block — complete with a gay bar named “The Clog” — and a wandering stranger. Simply get the cruisey stranger and the minivan driver to “lock eyes” and then use the electronic handheld set to decode which hanky code the stranger is flagging.

After that, if the stranger approaches the truck, you’ve won and can presumably have sex with and kill him, just like the murderer in the film — fun! But watch out for the cops!

Here’s the video for the Cruising home playset:

As we said, the toy is fake, but we love the father’s increasingly worried face as he realizes his son is learning about watersports and imagining a hairy leather queen dressed like a cop.

The film has since been hailed as one of the hottest and most honest depictions of leather bar culture ever committed to film.